Help needed from Isles of Scilly visitors and residents to spot whales, dolphins and porpoises during ORCA OceanWatch 2017

A local marine conservation charity has called for the public to lend their support for ORCA OceanWatch 2017 and help the conservation of whales, dolphins and porpoises.

Now in its third year, ORCA OceanWatch encourages bridge crews and seafarers across the UK ferry & cruise network to collect sightings of whales, dolphins and porpoises (collectively known as cetaceans) during a dedicated part of the summer. 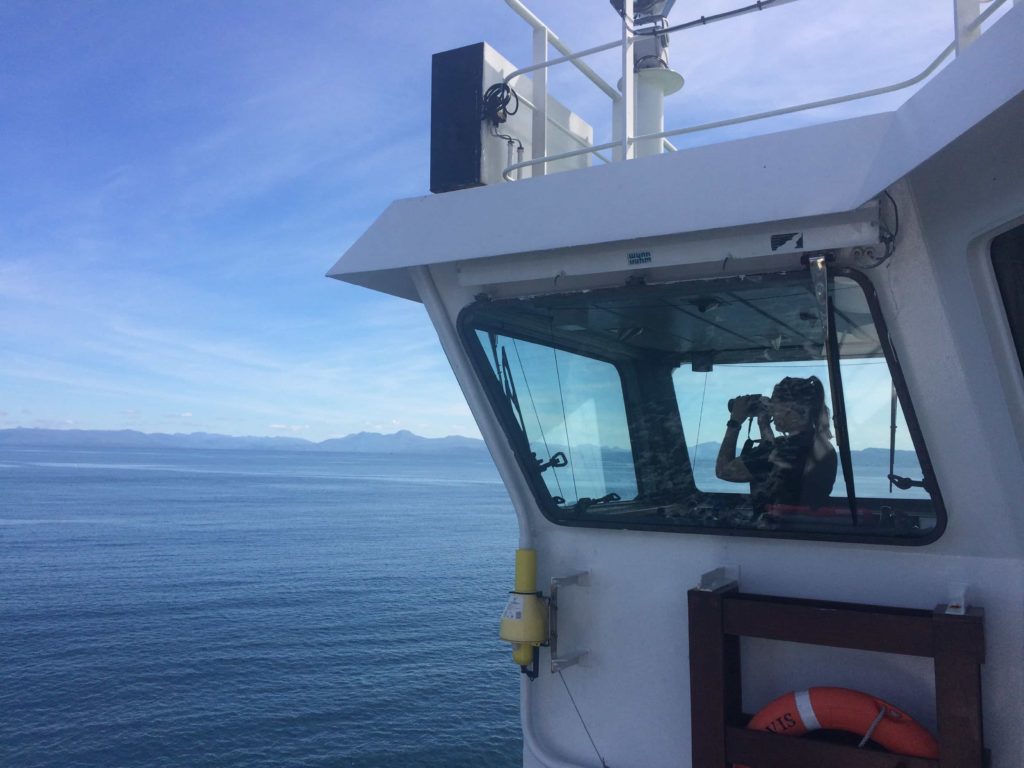 The project aims to raise awareness of the rich diversity of marine wildlife around the UK coastline, and has had incredible support from the Isles of Scilly Steamship Group since it started in 2015. 2017’s programme is running from 29th July to 6th August.

ORCA are this year asking for members of the public to get involved and lend their eyes to try and identify marine mammals from land and at sea, with the area a perfect location to try and catch a glimpse of some phenomenal wildlife.

Whether at sea on board the Scillonian III passenger ferry to Scilly or on land, the charity are asking members of the public to keep their eyes peeled and send them any sightings or pictures they capture of animals during this week.

The data will be used for ORCA’s incidental sightings database, as well as contributing to the Sea Watch Foundation’s National Whale & Dolphin Watch, a citizen science initiative that runs in parallel to ORCA OceanWatch each year.

The Isles of Scilly are incredibly rich, with the last ORCA survey on the route sighting six different species and almost 100 individuals. The team have high hopes for a really productive ORCA OceanWatch with two surveys taking place during this year’s programme. Passengers on the route should keep an eye out for common dolphin, Risso’s dolphins and even humpback whales and orcas, which are all species we have seen during summer months.

Anna Bunney, ORCA Education Coordinator, said: “ORCA OceanWatch is a landmark programme across the UK ferry & cruise network and without the support of our amazing partners such as Isles of Scilly Steamship Group it wouldn’t be possible. This year we want the public to get involved more than ever before to reflect the wonderful partnership we have built with the Isles of Scilly Steamship Group over more than a decade. The Isles of Scilly are home to some stunning marine wildlife and we hope to hear about members of the public spotting stunning whales, dolphins and porpoises and helping with our conservation effort.”

Sharon Sandercock, Marketing and Communications Manager for the Isles of Scilly Steamship Group, said: “We are proud to have actively supported ORCA OceanWatch since the project began, and will be once again working to help the ORCA team collate vital information about marine wildlife for this year’s campaign, to help towards the conversation of whales, dolphins and porpoises.

“For many of our passengers on the Scillonian III ferry from Penzance to the Isles of Scilly, spotting dolphins, a whale or even a basking shark is a real highlight of their journey. We’d be grateful if passengers on crossings during the ORCA OceanWatch 2017 campaign can support this project by reporting any sightings, as well as both residents and holidaymakers staying on Scilly who might see wildlife from their vantage point on the islands.”

To find out more about ORCA OceanWatch 2017, visit www.orcaweb.org.uk/get-involved/OceanWatch and keep up to date using the hashtag #ORCAOceanWatch.

To learn how to get involved in National Whale & Dolphin Watch, visit http://www.seawatchfoundation.org.uk/nwdw/.