Home> History of the Steamship Company

History of the Scillonian

On 26th March 1920 the current Isles of Scilly Steamship Company was founded with £20,000 raised by selling shares, mostly in the Isles of Scilly. The company was formed with the express purpose of securing a regular shipping service between the islands and Penzance. 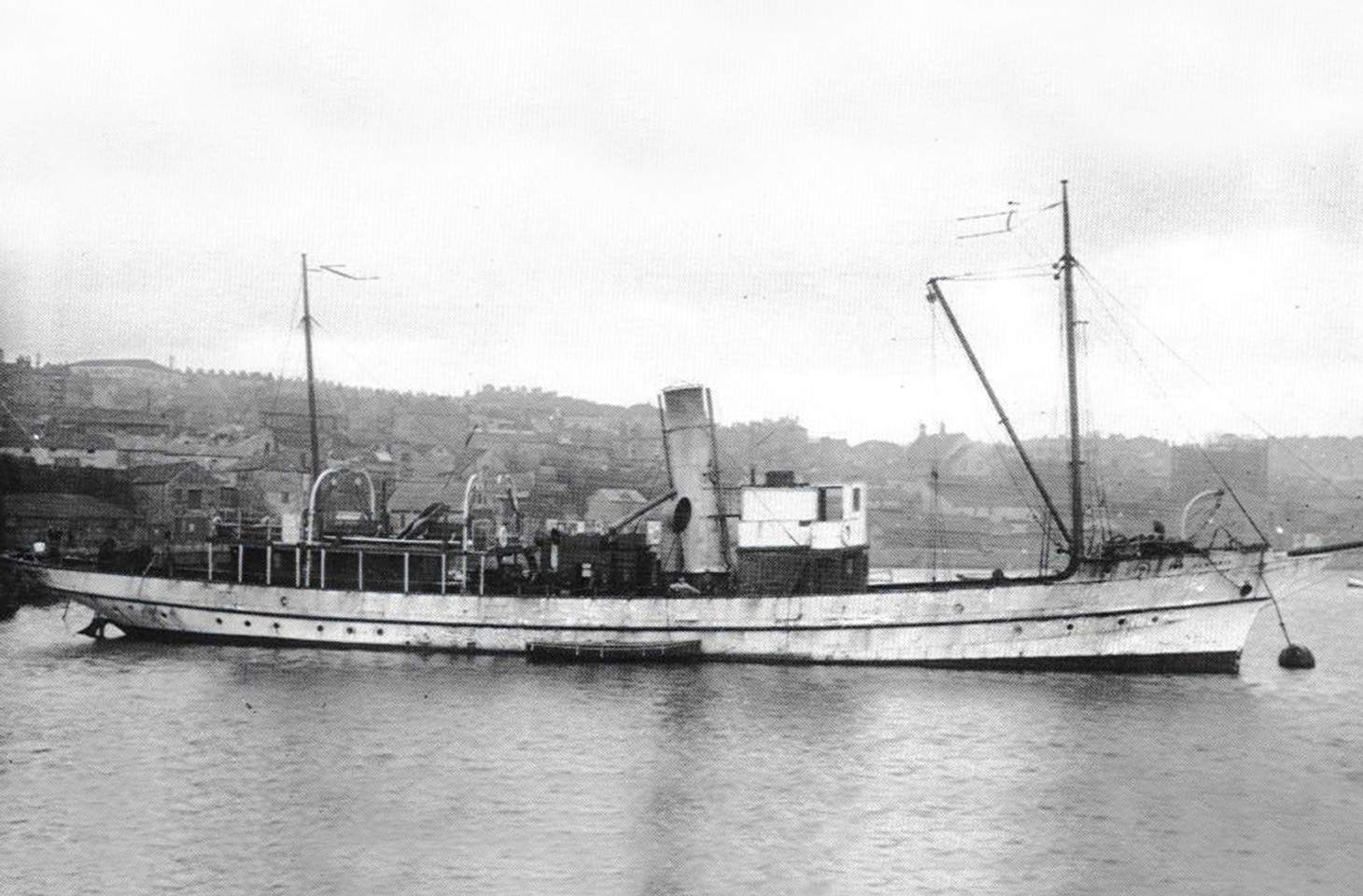 Initially services were operated by the Peninnis- originally a fishery protection vessel. Following the necessary alterations at a cost of £5,000, Peninnis served as the companies ship from 1920 until 1927 but it soon became clear that a purpose-built, new steamer was required.

1924: the first Scillonian was built and completed her maiden voyage in January 1926

During 1924 the directors of the Steamship Company began considering the purchase of a larger ship. The new ferry, built to carry 400 passengers and cargo, was launched on 17th November 1925 and named Scillonian by Mrs. A.A. Dorrien-Smith of Tresco Abbey. On 25th January 1926 she completed her maiden voyage and docked at St Mary’s. She made her first time-tabled, commercial trip on Thursday 2nd February 1926 from St. Mary’s to Penzance. It took her three and a quarter hours. 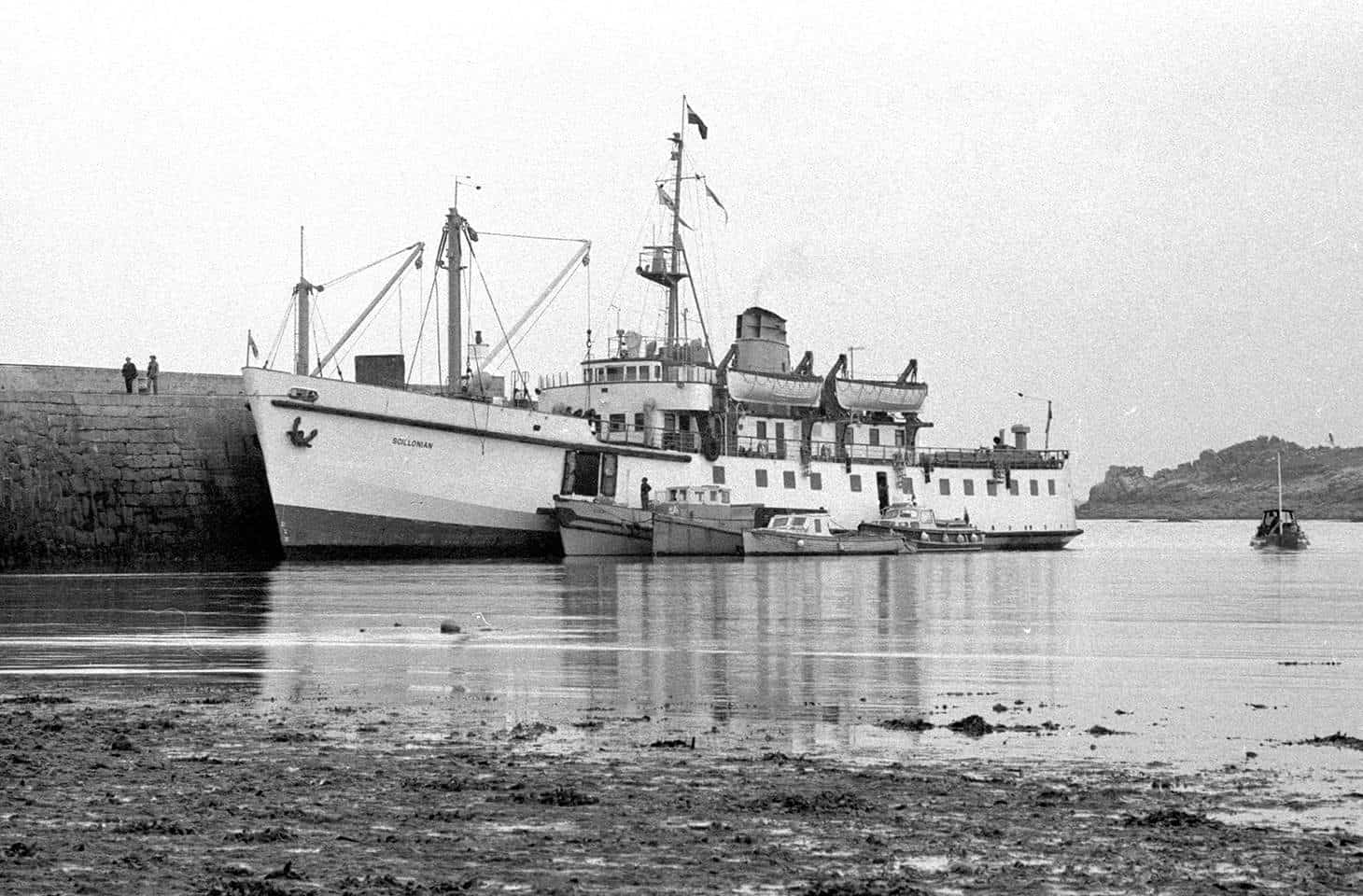 By 1929 Scillonian was building up a strong day trip market and appealing further afield to holiday makers. The directors of the company built strong foundations with Great Western Railways, allowing a facility where tickets could be purchased from Paddington Station for the sleeper train to arrive into Penzance for the morning. The iconic British Railway posters were displayed featuring Scilly across the country.

By 1931 electric arrived on the islands with the help of the company who assisted by offering a special rate for freight cables, machinery and steel. The islands are now powered by electricity brought by submarine cable from Cornwall.

During the war Scillonian was painted black and the navigation bridge was widened to take Twin Lewis guns. It was also decided she must have an escort of surface craft and planes on each voyage. When the war ended, Scillonian was returned to her lighter colours.

The companies first President Rodney Ward was a keen flower farmer, his skills excelled with hybrids and cross-pollination of the famous scented Narcissi. During the two wars, there were restrictions on flower farming but the years that followed the war allowed the market to flourish. Mr Ward named some of the varieties after local wrecks, Scilly place names and members of Government. And of course every flower travelled on the Scillonian.

In 1947 Lady of the Isles was built for the company as a luxury inter-island launch vessel but was later sold as the visitor trade was not yet sufficient. 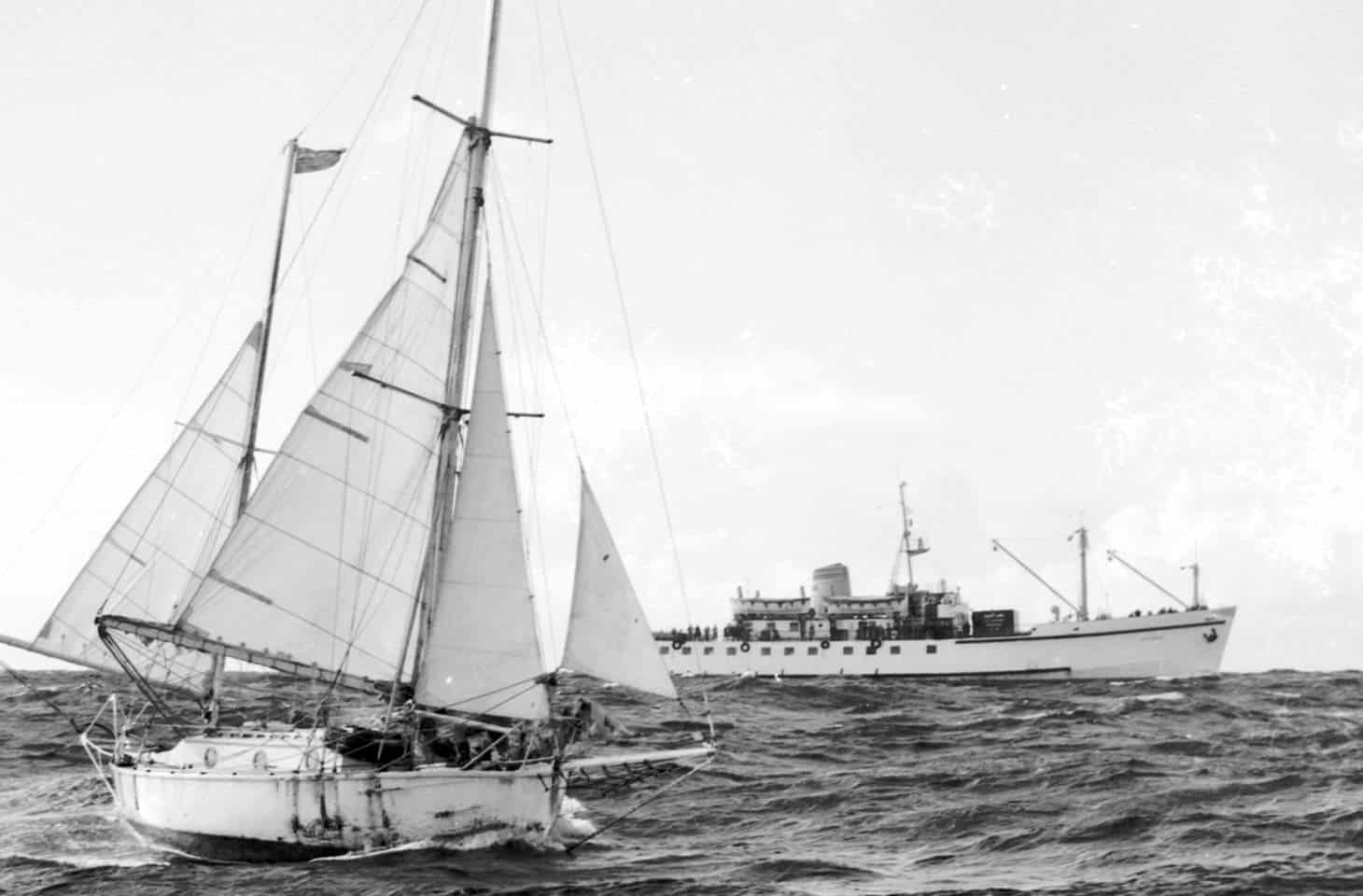 Following this, the second Scillonian entered into service in 1956, purpose built for the Steamship Company by John I. Thornycroft & Company of Woolston, Southampton, and was in service until 1977.

A second ship operated for a while named Queen of the Isles. At approx 500 tons she was smaller than Scillonian and was used to augment the larger ship at busy times. She was also used to run charter services to the Islands from other ports.

1977: Scillonian III was purpose built for the company and entered service until the present day.

The present Scillonian III was purpose built for the Steamship Company and entered into service in May 1977. Scillonian III is the third passenger ship of this name and currently in service for passengers and cargo 8 months of the year. 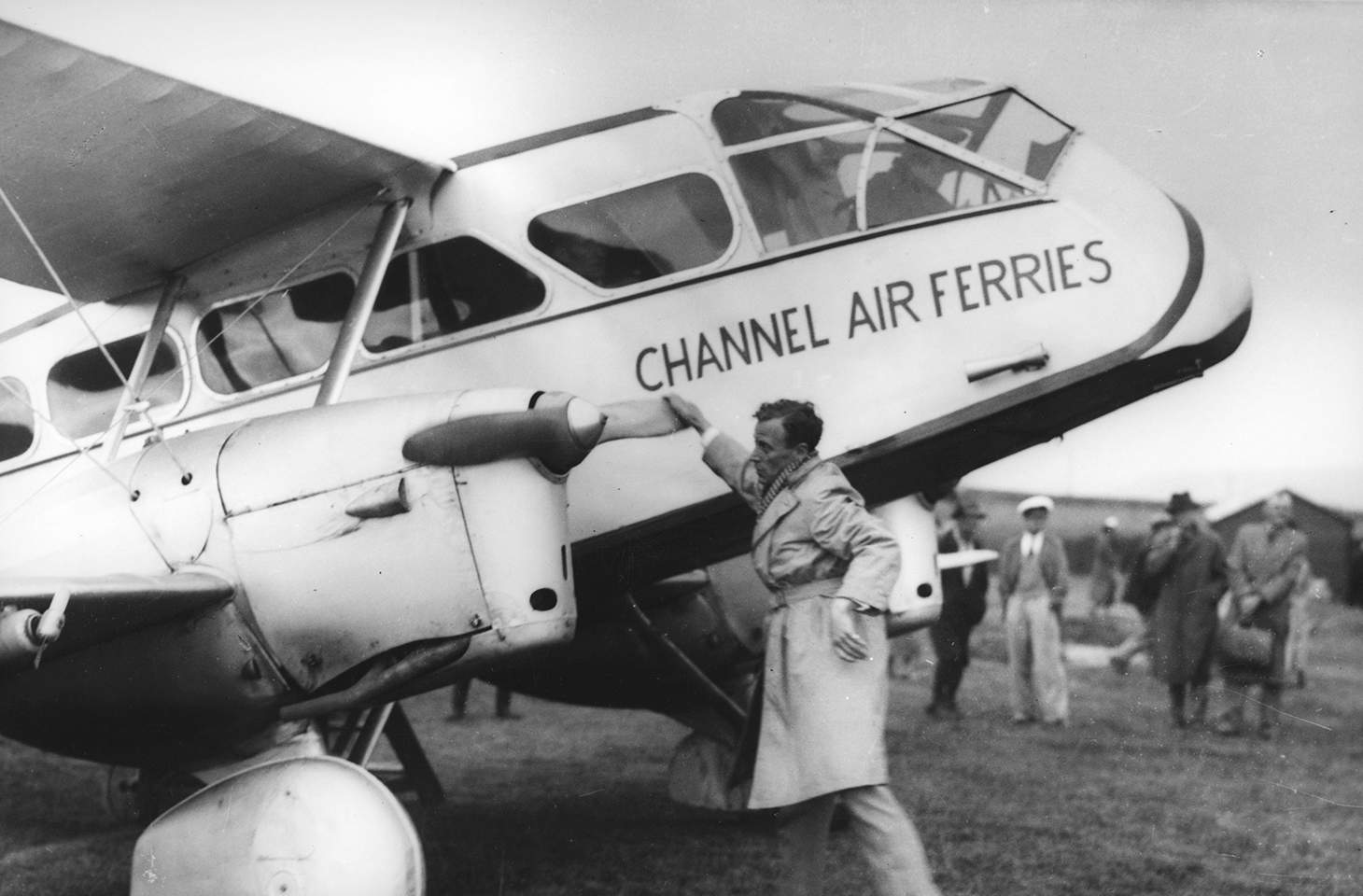 Mr Rodney Ward, chairman and president of the company received an MBE for his efforts from the Queen in 1983.

In 1984 the company expanded to air travel by developing Skybus, as an alternative to sea travel and shipping of freight but then by 1987 expanding to scheduled commercial flights. Skybus launched with a small 8 seater Britten-Norman Islander aircraft and has now expanded to a fleet of 8 planes consisting of four Islanders and 4 Twin Otters (nineteen seaters), with regular flights departing from Land’s End, Newquay and Exeter airport. 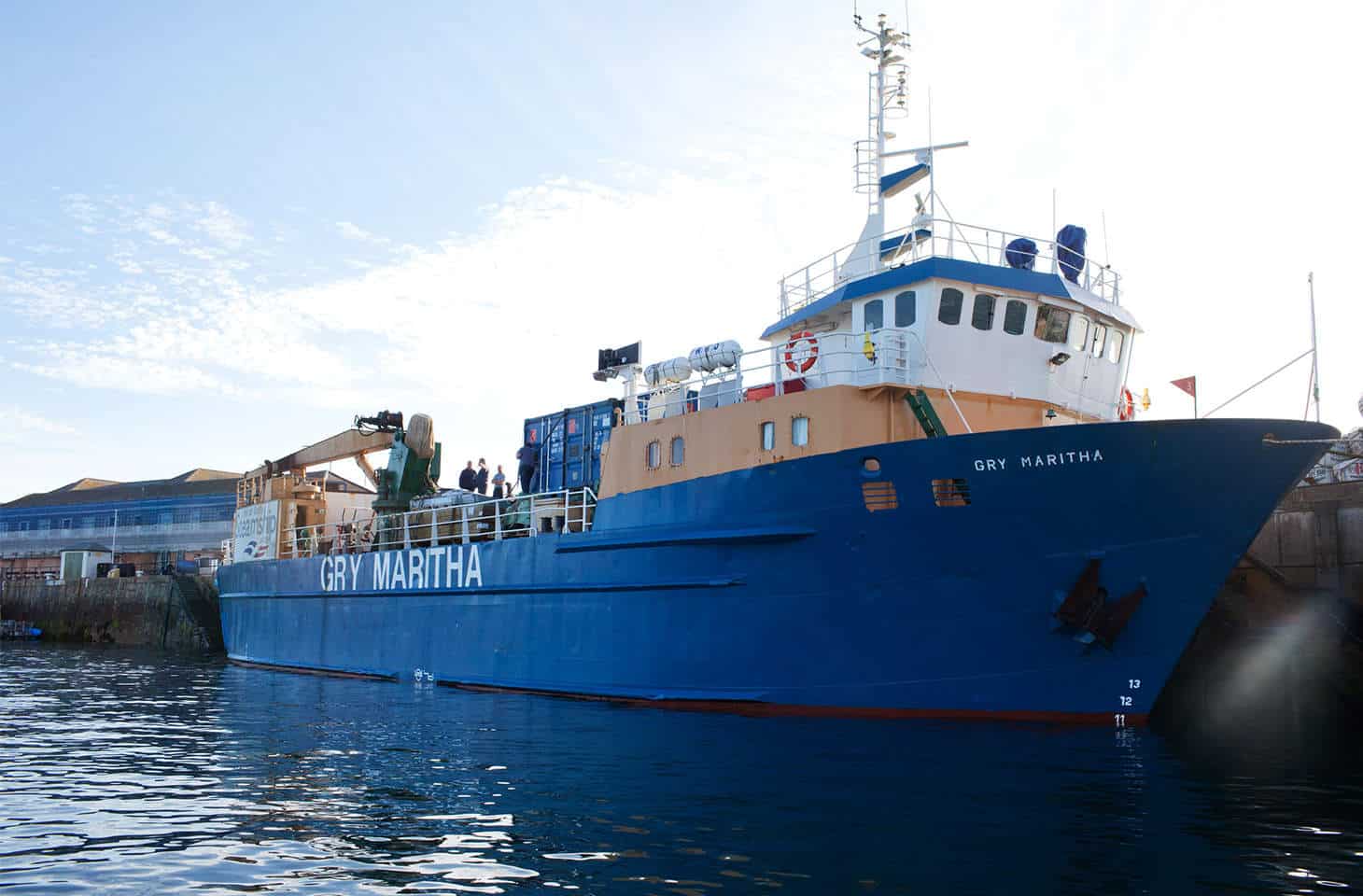 1989 saw new developments to further support the islanders with the purchase of a Norwegian freight ship ‘Gry Maritha’ for a year round freight service to the islands.

2004- The Swift Lady was built and entered service as the islands post boat.

On 1st September 2009, the Steamship Company took over the lease to operate and manage Penzance Dry Dock. Established in 1834, it is one of the UK’s longest established dry docks and provides facilities for vessels requiring repair and conversion. 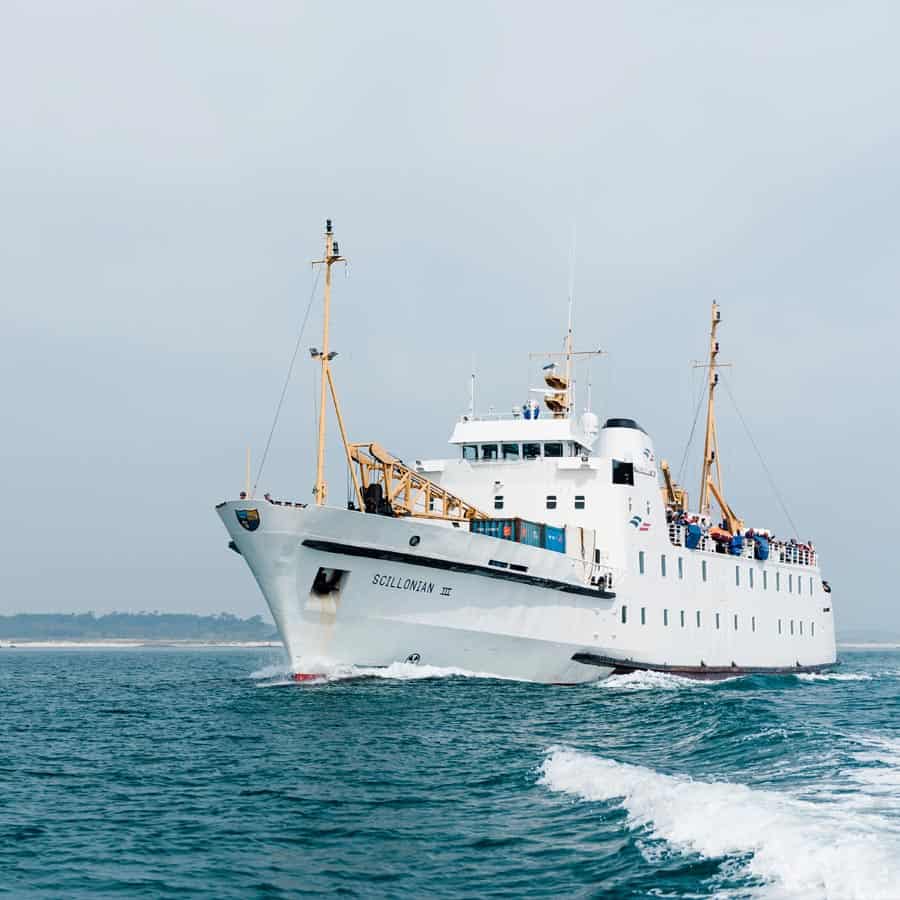 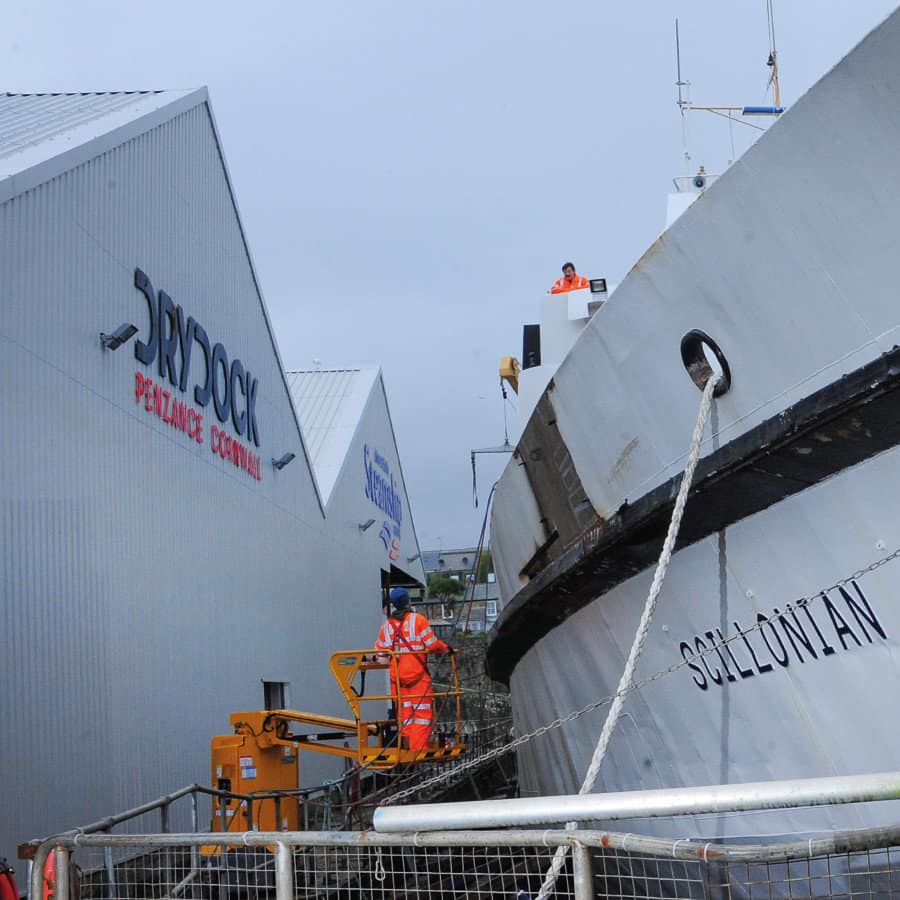 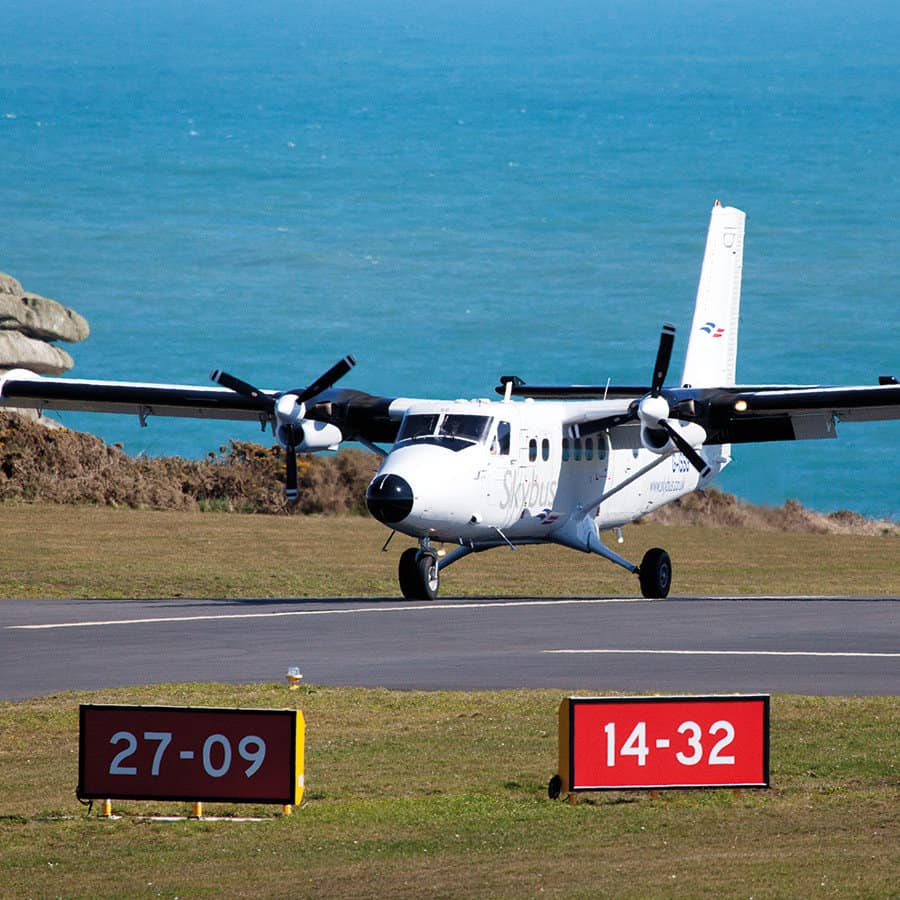 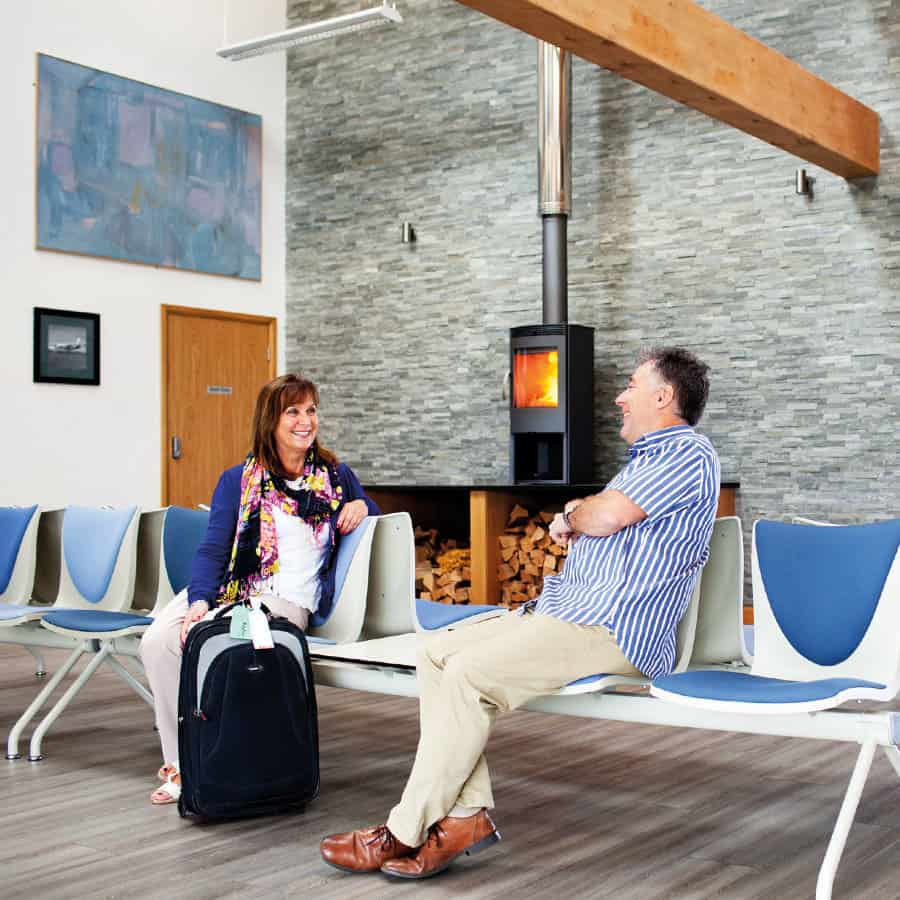 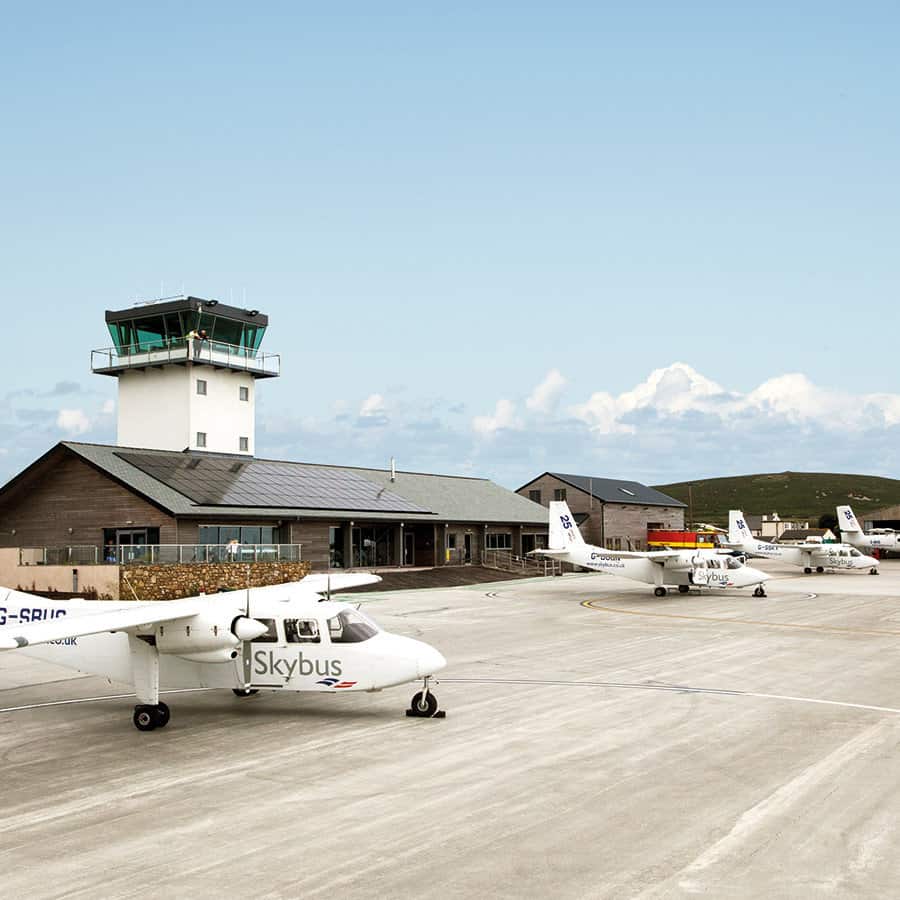 In May 2011, the Steamship Company acquired Nike Engineering of the Porthmellon Industrial Estate on St Mary’s, which provides marine and mechanical engineering services to the Isles of Scilly.

In 2013 Isles of Scilly Travel became the sole provider of travel to the Isles of Scilly. There were significant improvements to all of the companies travel facilities. Land’s End airport had a completely new terminal building and Scillonian III was refurbished.

In February 2015, the Steamship Company acquired Island Carriers which provides haulage and courier services on the island.

The Steamship Group purchased a larger freight ship, Mali Rose, Following extensive trials, she was not the right fit for the operation and route to the Isles of Scilly, and was sold to new owners.

In 2017, the company celebrated 40 years of faithful service from Scillonian III, the longest serving passenger ferry to date.

In 2019, the company welcomed its 4.5 millionth ferry passenger aboard Scillonian III.

The Scillonian’s heritage shows just how much can be achieved when a community comes together. 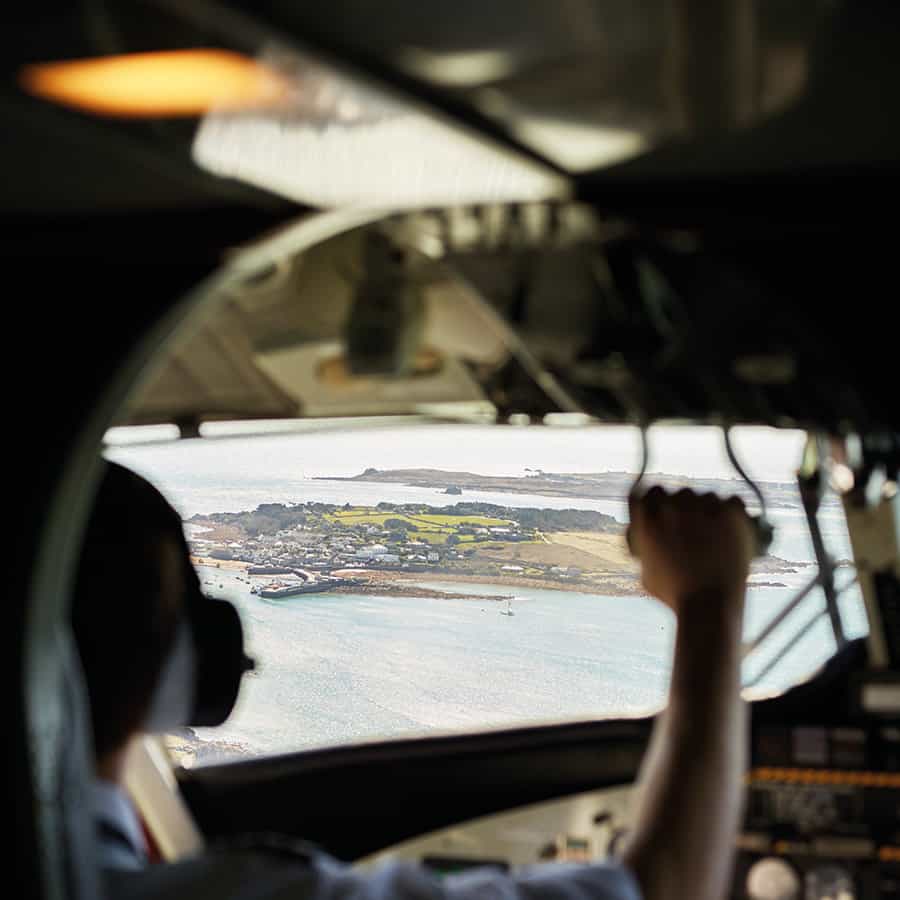 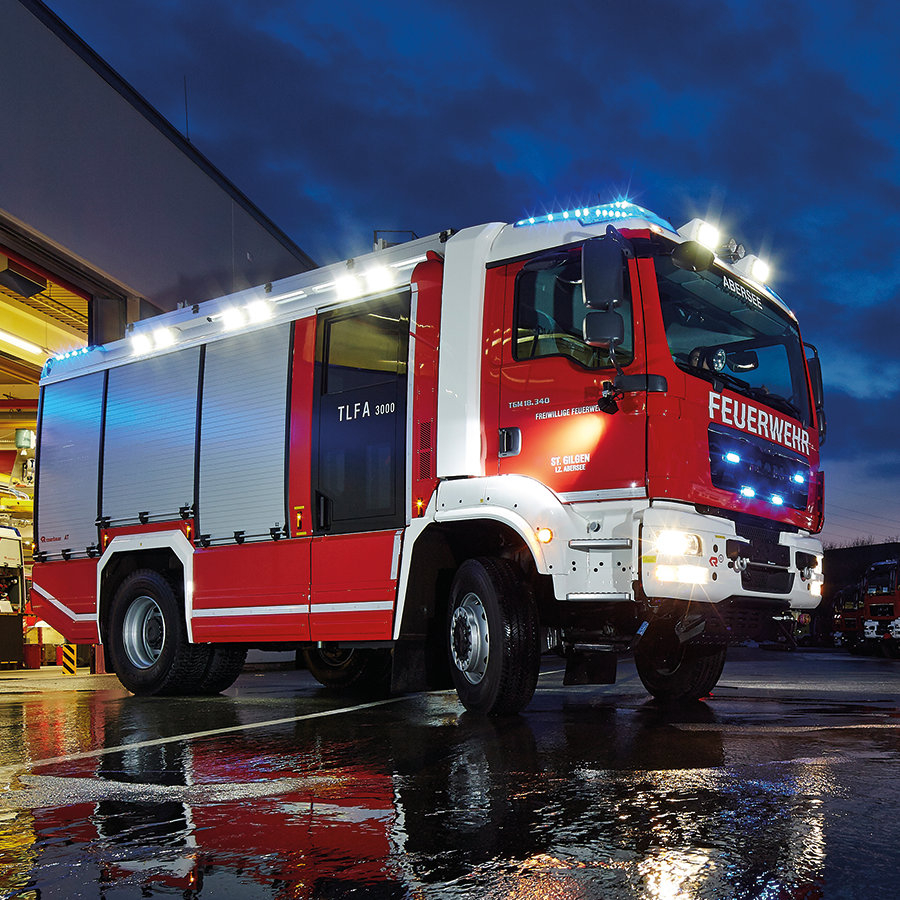 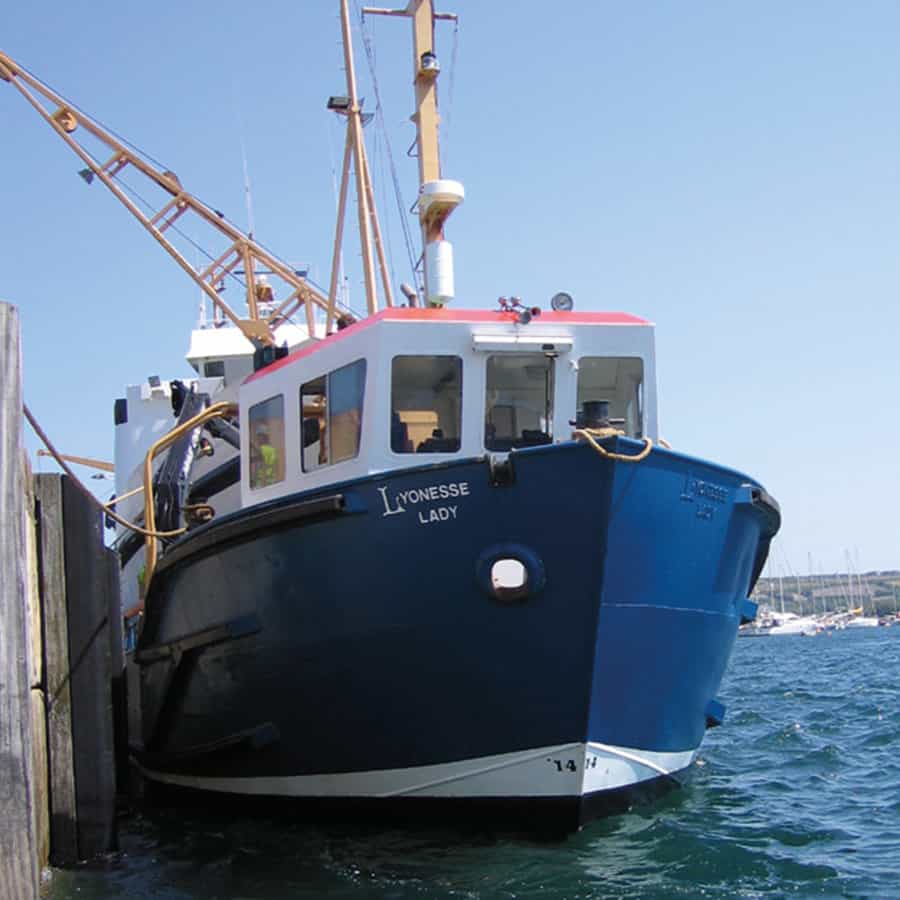 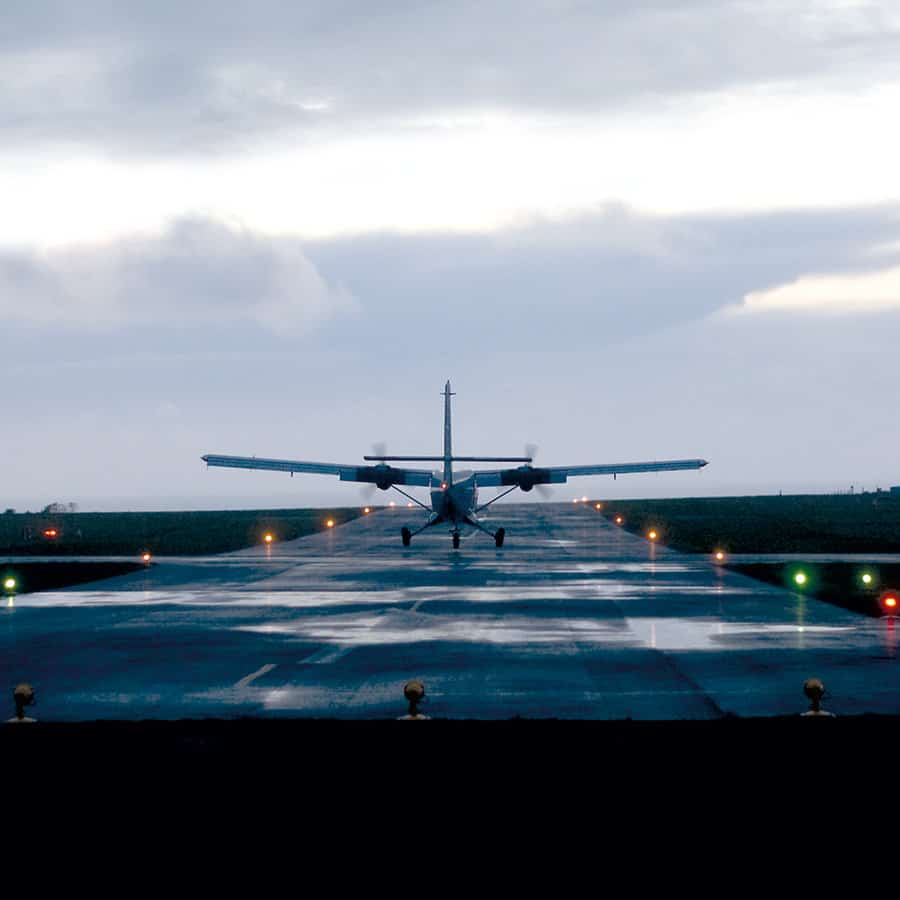 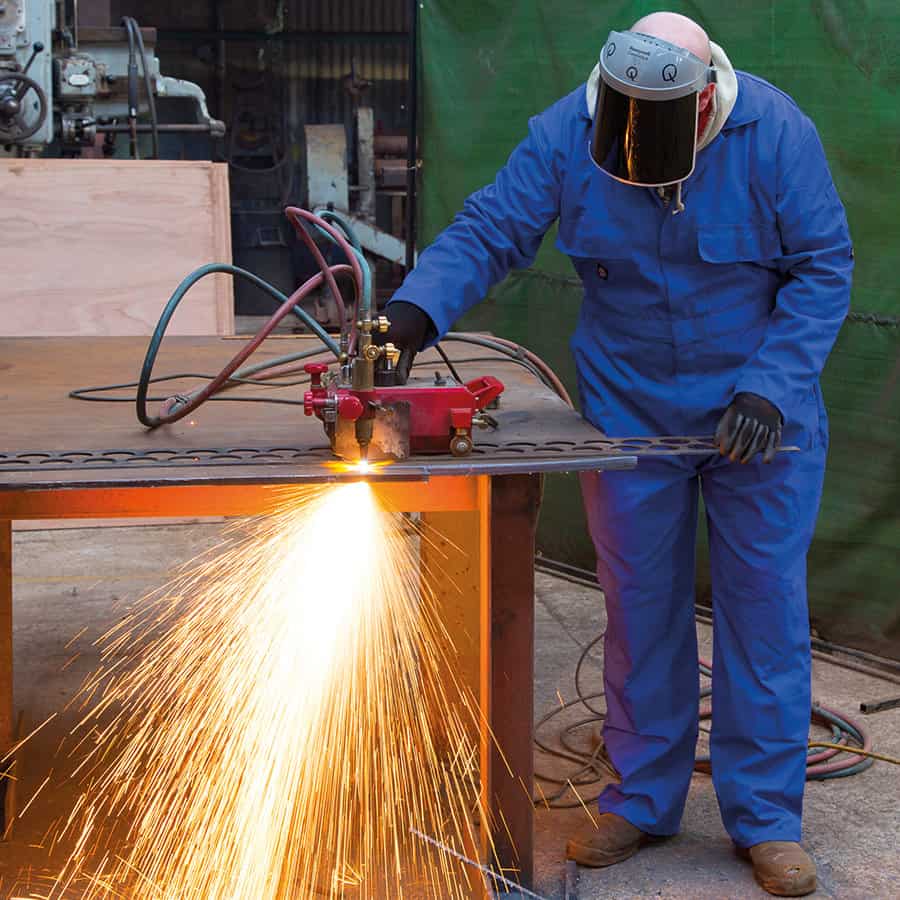