Delivering for Scilly – Collaboration | Above and Beyond

Home> Blog> Island life> Delivering for Scilly – Collaboration | Above and Beyond

Mother’s Day is one of the busiest times of year for flower growers on the Isles of Scilly, the heady scented Narcissi flowers are iconic to the islands and very popular among Isles of Scilly visitors, so around celebrations like Mother’s Day, our freight team are incredibly busy working hard to make sure they are all shipped in time for the important day. The ‘Gry Maritha’ sailing calendar has March 9th and 11th circled as two crucial sailing dates due to the volume of flowers that need shipping. 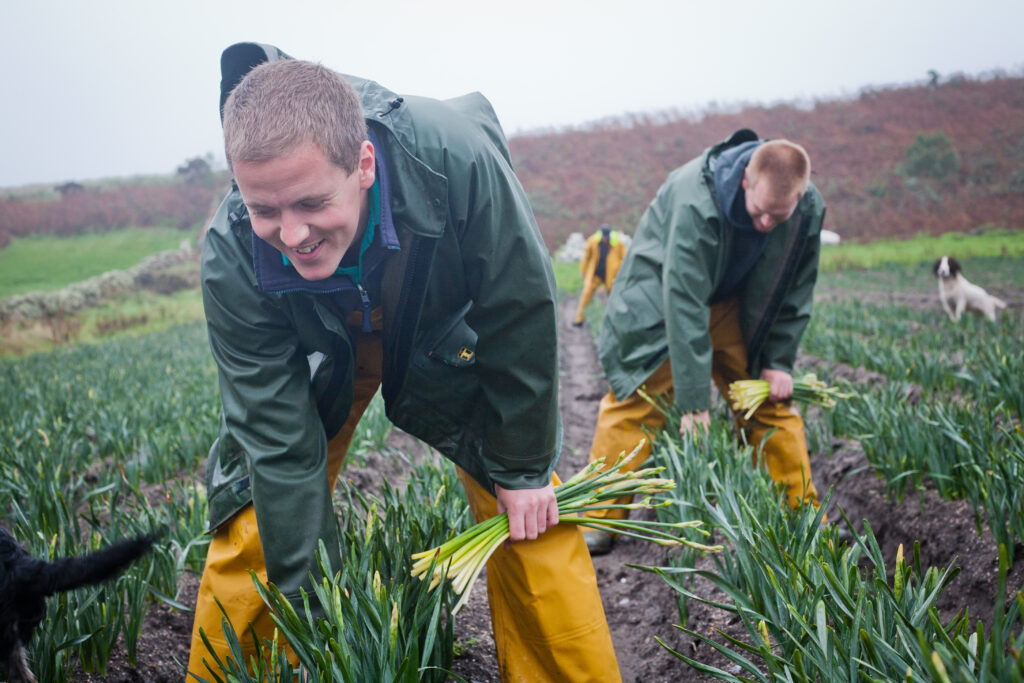 Poor weather forecasts indicated the likelihood of disruption to the freight connections between the mainland and Isles of Scilly for the week leading up to March 14th. One of the flower growers on the islands contacted our Freight Manager, Eldred Banfield, with concerns about the forecast. When news came through that the sea state would mean that the Gry Maritha’s sailing had to be cancelled on March 10th and 11th, the freight team rallied together knowing how important this time of year is to local businesses and came up with a plan. Gry Maritha Captain, Paul Stevens, suggested that the sailing on Tuesday 9th March was delayed leaving the islands, allowing the growers more time to get their produce to St. Mary’s and loaded for departure.

The latest possible departure from St. Mary’s was 10pm due to the tides and deteriorating weather conditions in Penzance. With flowers coming from across the islands, the Gry Maritha’s sailing wasn’t the only hurdle; our inter-island freight vessel, ‘Lyonesse Lady’, latest time to get to St. Martin’s and collect the largest shipment of flowers was at 6pm. Beyond this collection, the ‘Swift Lady’ would be able to collect shipments but only by loading two pallets at a time. 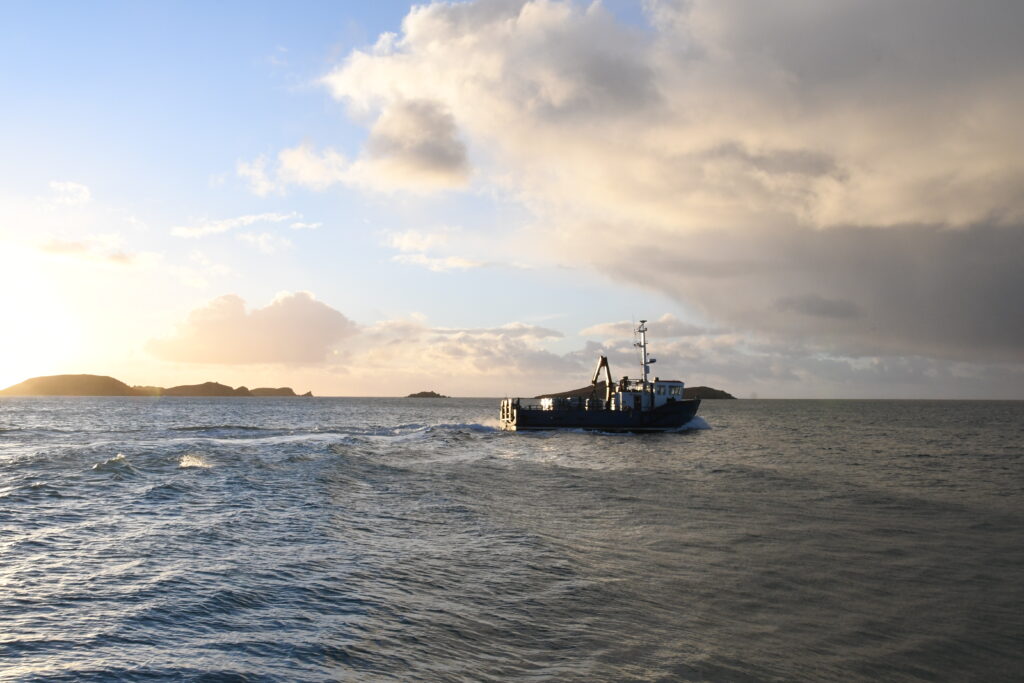 Collectively the flower growers and freight team pulled out all the stops to ensure their flowers were packed, palletised and delivered to the quay in time. Everyone involved worked tirelessly, with brilliant and effective communication throughout, to ensure they met the timescale. Lyonesse Lady made her final trip at 6pm to bring back the last 10 pallets of flowers to St. Mary’s, Island Carriers made many trips to growers on St. Mary’s to collect and deliver lorry loads of palleted flowers to the quay. 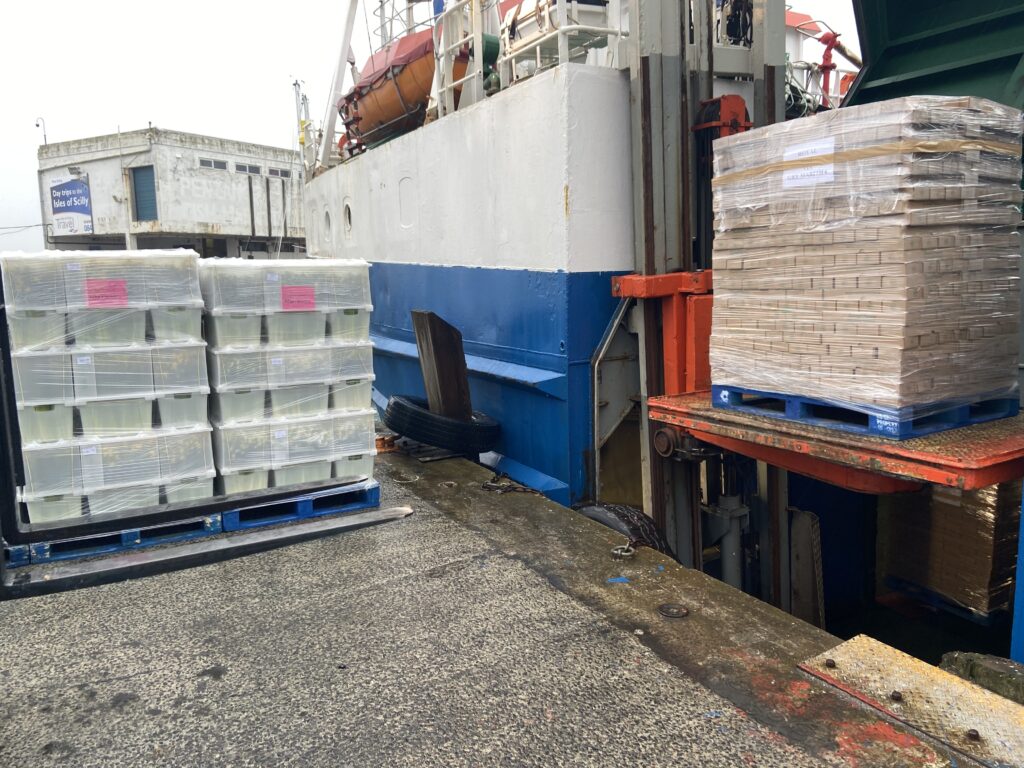 Flowers for onwards transport via Royal Mail and Conway Bailey, being unloaded on Penzance Quay

There was such a huge volume of flowers to be transported to the mainland, meaning the freezers on Gry Maritha were changed over to chillers to allow for extra capacity of flowers. Having the chillers ensures the flowers buds do not open too early and that they are preserved for transport. By the end of the evening on Tuesday 8th March, the team had loaded over 50 pallets of flowers. Gry Maritha was able to depart St. Mary’s earlier than planned and all the flowers were unloaded on Wednesday morning on Penzance quay, ready for their next journey in time for Mother’s Day. 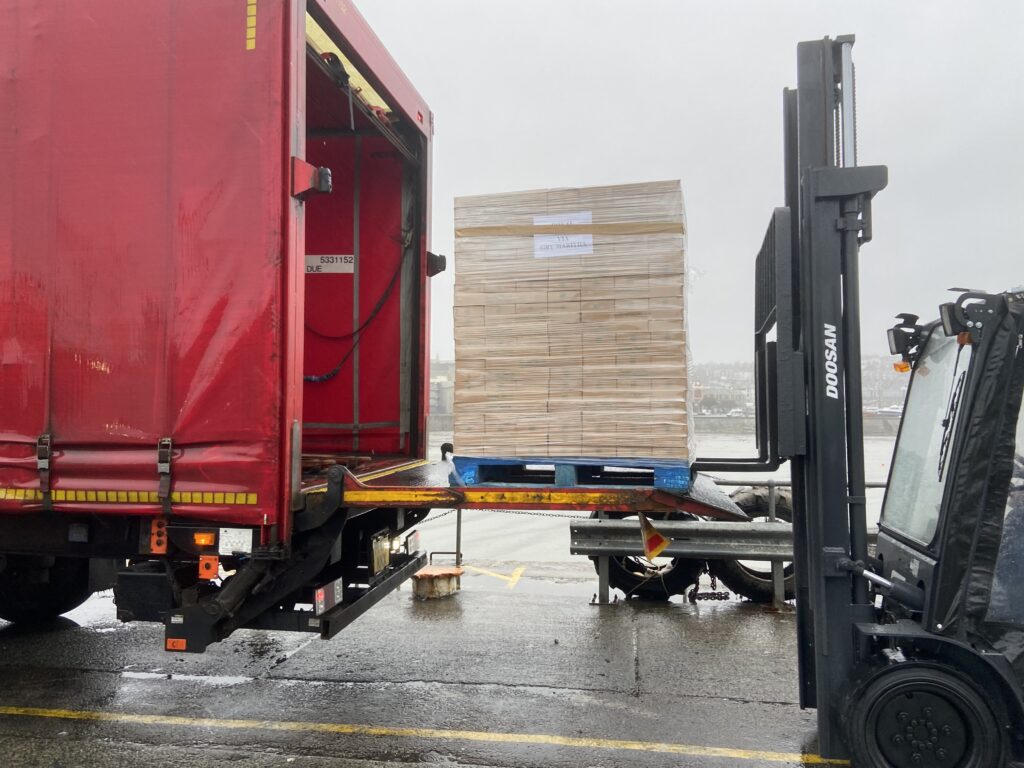 Flowers being loaded into Royal Mail lorries on Penzance Quay ready to be delivered for Mother’s Day.