Our recommended reads for your journey to the Scilly Isles

While you’re planning your escape to the splendid Scilly Isles, remember that the journey itself is part of the holiday experience.

Imagine yourself soaring above the Cornish coastline in our sixteen-seater Skybus, relaxing with panoramic views at the new Land’s End airport, or looking out for dolphins from the deck of the Scillonian III as you set sail across the Atlantic.

Whether you choose to sail or fly, we can’t think of a better way to get into the spirit of discovery than with a good book. From stories that put you in the mind-set of an old explorer, to novels that transport you away to remote islands, to books inspired by the Scilly Isles themselves, if you’re looking for a great read to accompany your trip to the Isles of Scilly, have a little look at our recommendations below. 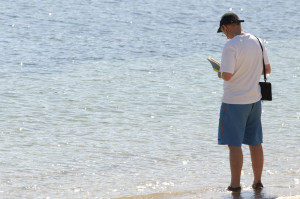 Wonderful writing to whisk you away…

The Alchemist (Paulo Coelho)
The Alchemist is the story of a shepherd from Andalusia who has a recurring dream of finding treasure in Egypt. His journey to find the treasure is symbolic of the journey through life, and a metaphor for finding your own destiny- the perfect book to read while travelling somewhere new.

Eat, Pray Love (Elizabeth Gilbert)
Just like the protagonist, you’ll leave your worries behind and transport yourself to a quieter, calmer place free from the worries of modern life. While she soul-searches in Italy, India and Baili, you’ll be surrounded by the clear, calming waters of the Isles of Scilly.


Local literature that paints a picture…

An Island Parish: A Summer on Scilly (Nigel Farrell)
If you’ve never been to the island’s before, this book will help you get a feel for what it might be like to live there. Written to accompany the popular BBC2 series about the Scilly Isles, you’ll discover more about islands and the people who live on them, as you make your way over the Atlantic Ocean.

Why the Whales Came (Michael Morpurgo)
The author of War Horse tells the incredible story of two children living on the Isles of Scilly during the First World War, and focuses on the largest uninhabited island, Sampson. Although written as a children’s book, it’s a gripping read the whole family will enjoy.

The Mousehole Cat (Antonia Barber)
If you’re travelling with children on the Scillonian III, you may wish to have a copy of The Mousehole Cat. This wonderful children’s story is set in a small Cornish village next to Penzance- where your journey to the Isles of Scilly begins.


Stories that stir the spirit of adventure…

Paddle, A Long Way Around Ireland (Jasper Winn)
Although the novel is set in Ireland, Winn’s story of setting off to kayak around the Irish coast will help get you in the mood for adventure and the simpler life by sea.

The Count of Monte Cristo ( Alexandre Dumas)
A big revenge novel with swashbuckling sailors and packed with plot twists and turns. Read about Edmond’s search for treasure in the Mediterranean, and imagine all the hidden treasures you might unearth while swimming in the bays of the Scilly Isles.

A Hitchhiker’s Guide to the Galaxy (Douglas Adams)
This inter-stellar page-turner will put you in the mood for travel and adventure. With its quintessentially British humour, it’s a fantastic fast-paced read and the perfect travel companion.

Our Skybus flights depart from Exeter, Newquay and from the new Land’s End Airport. You can also hop aboard the Scillonian III, which takes 2 hours and 45 minutes from Penzance- just enough time to read a few chapters!

NextRomance is in the air