Voyage of Discovery- Wildlife spotting on the Scillonian III

“They’re here! Over here!” the excited passenger shouts. A small pod of dolphins have just started swimming alongside the Scillonian III. Far from a rare occurrence, these majestic creatures regularly join the ship on its journey to and from the Isles of Scilly.

The islands, known for their postcard-perfect harbours, gorgeous stone built cottages and Caribbean-white sand, are also a hot spot for marine wildlife. Dolphins and seals are frequently spotted around the islands, and during the summer months there are sightings of sunfish and even whales. If you’re a nature lover, there’s no better way to catch a glimpse of these animals than from the deck of the Scillonian III.

DOLPHINS, SUNFISH AND WHALES
For the past five years, Paul Semmens, Marine Guide with Cornwall and The Isles of Scilly Wildlife Trust, has been a familiar face aboard the Scillonian III. During his last season on the ship, Paul spotted over two thousand animals on his journeys between Cornwall and the Isles of Scilly.

Dolphins are a delight, and Paul can spot hundreds on a single trip, he’s also had some incredible sightings of basking sharks, sunfish and even a Minke whale – which only surface once or twice, so you have to be on the lookout to catch one.

WELCOME TO PARADISE
Of course, the journey is just the beginning of your holiday adventure, once you arrive on the Scilly Isles there are miles of coastal paths and spectacular beaches to enjoy.

You could join St Martin’s Dive School and go snorkelling with seals, book a wildlife tour through the coastal paths of St Mary’s, keep your eyes peeled for the famous Scilly Shrew, or take a boat tour to the uninhabited islands, where rare birds and puffins have made the most of the remote location.

THE JOURNEY IS PART OF THE EXPERIENCE
At Isles of Scilly Travel, we’ve been whisking visitors off to the beautiful Isles of Scilly for nearly a century. Join us aboard the Scillonian III, our recently refurbished passenger ship, and you too can look out for dolphins, sunfish and whales from the deck. 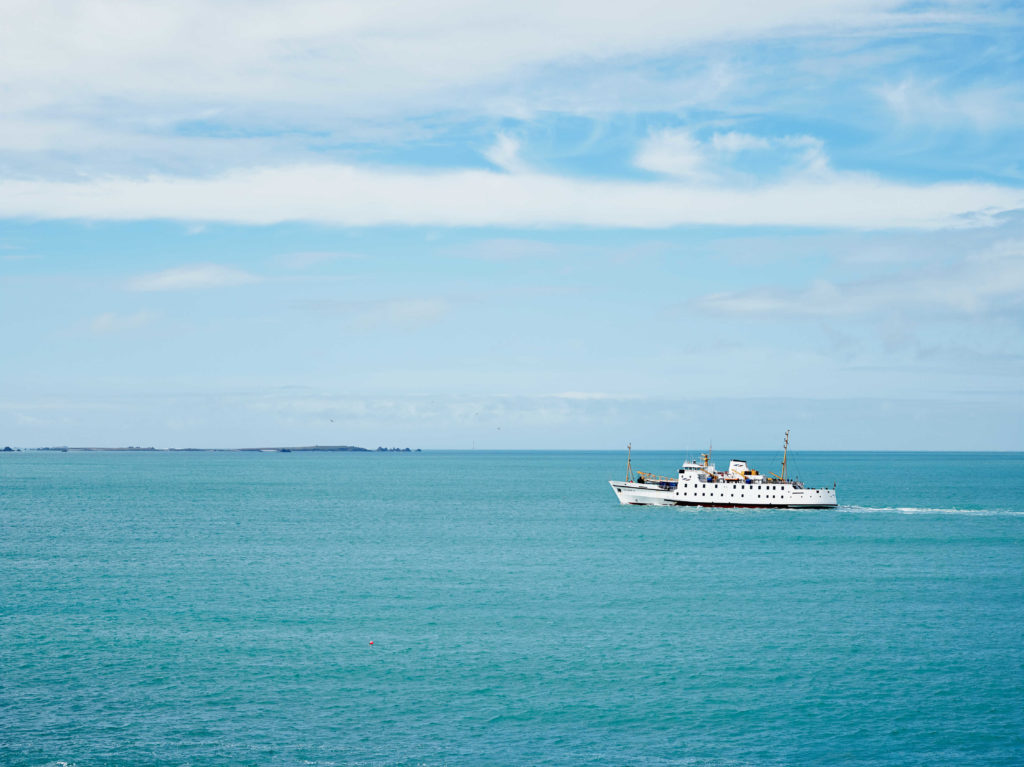 Previous10 great reasons to travel to Scilly on the Scillonian
NextReady for take-off! Skybus pilots review the new runway at Land’s End.