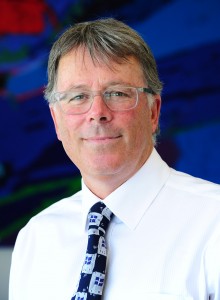 The Isles of Scilly Steamship Group has announced the appointment of Terry Ward as chairman of its new £30,000 Community Fund and is seeking volunteers to join the fund’s independent panel.

Terry, who was born and lives on St Marys, has been a non-executive director on the Steamship Board since 1989 and with his wife Jane has grown a number of family-run businesses including The Foredeck and 49 Degrees clothing stores.

The Steamship Company is creating a £30,000 Community Fund with the aim of supporting a wide range of not-for-profit projects which provide long-lasting benefits for the communities of the Isles of Scilly and West Cornwall.

Applicants will be able to bid for grants of between £500 and £3,000 per project. These will be assessed against a set of judging criteria by an independent panel chaired by Terry that will meet three times a year.

Terry said: “The Steamship Group is committed to making a real difference to the communities it serves and this fund is a way of supporting local projects that will bring long-lasting, tangible benefits.

“We will shortly be launching the fund and are looking to recruit five volunteer members to sit on our panel of community representatives, including three from the islands and two from West Cornwall.

“They must live in the areas where the fund will operate and demonstrate real passion and commitment to community-focused activities, because that is what the fund is all about.”

Anyone interested in being considered for the panel can email  communityfund@issg.co.uk, with a brief biography, outlining what they feel they can bring to the role and why they would like to be involved. Employees or former directors of the Steamship Group are not eligible.

The fund will operate throughout the Isles of Scilly and West Cornwall, up to and including Hayle on the north coast and Marazion to the south. The deadline for panel applications is Friday, 18th December.

Applications to the Community Fund itself will be invited shortly and will be open to voluntary groups or charities, schools and education establishments, community clubs or societies, and individuals undertaking projects for the benefit of the wider community. Full details, eligibility criteria and application forms will be available from the Company’s website.