A unique project which aims to deliver poetic inspiration to the nation has taken place on St Mary’s, thanks to a £1,500 grant from the Isles of Scilly Steamship Group’s Community Fund.

Poetry postie Sally Crabtree held workshops with pupils at Five Islands School to show that poetry can be fun and doesn’t have to be boring. 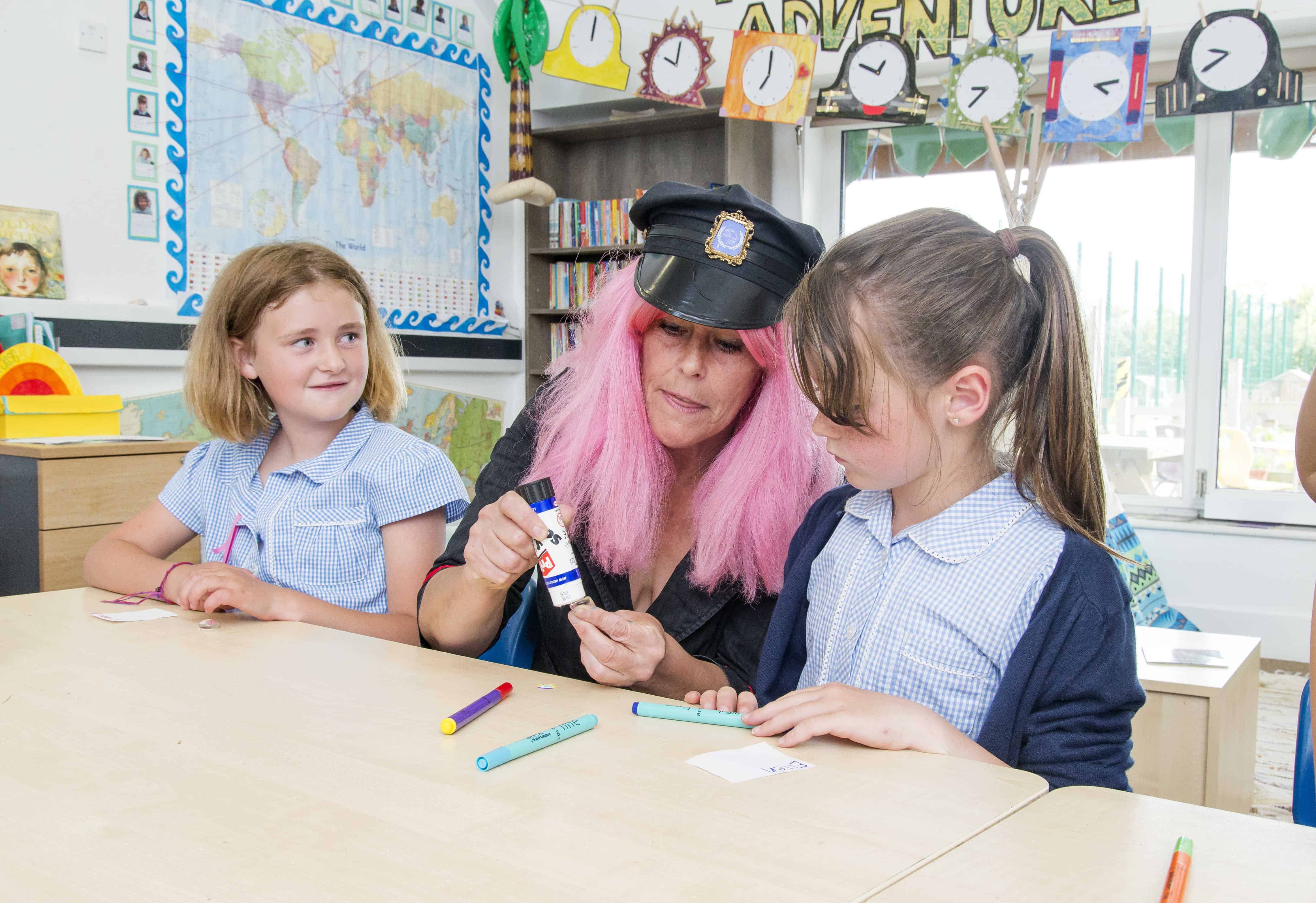 She will now turn the children’s poetry into postcards, which she will deliver at Sea Salts and Sail Festival in Mousehole in July and, ultimately, to celebrate the UN’s World Post Day on October 8.

Sally said: “It was absolutely fantastic – the children took to it straight away and came up with some abstract and very poetic work. The name of the game was to create some poetry we could put on postcards and deliver, to show poetry can be fun.

“What I really loved about it was the enthusiasm from the children. We engaged everybody and they all felt their ideas were equal and relevant. It really gave confidence to children who were lacking confidence.”

The Poetry Postie was first commissioned by the Postal Heritage Museum and Archive as a character who could deliver poetic inspiration to the nation and has since performed at festival and events all over the country – from small village fetes to large music festivals such as Womad.

Following an Arts Council funded Communities Communicating cultural exchange with China, Sally was recently invited by the Universal Postal Union to deliver poetic inspiration to the UN for its 70th year celebrations at the Palais de Nations in Geneva.

This inspired the idea for a series of international events, performances and educational/community workshops that would culminate in a final celebration on World Post Day in October 2016.

The Poetry Postie was one of the first projects to be awarded a grant from the the Steamship Company’s Community Fund.

“We were thrilled to be able to run this project in the Isles of Scilly and we wouldn’t have been able to do it without the generous grant from the Steamship Company. We would like to say a big thank you, because the money has let us create something very special.”

Applications for the second round of awards from the fund will open at the start of July.

Bids to the Community Fund are open to voluntary groups or charities, schools and education establishments, community clubs or societies, and individuals undertaking not-for-profit projects for the benefit of the wider community.

Grants of between £150 and £2,000 will support projects that will benefit communities on the Isles of Scilly and in West Cornwall.

Terry Ward, chairman of the Isles of Scilly Steamship Group’s Community Fund, said: “The Poetry Postie is one of those applications that stood out to the Community Fund committee, it really ticked all the boxes with our members.

“It offers a fresh approach to literacy and learning and benefits schools and shatters the myth that poetry is often stuffy and boring. We were delighted to be able to support the project.”