£1,000 Steamship Company donation will save lives across Cornwall

Three training units bought with a £1,000 grant will help save thousands of lives across Cornwall, according to the Ronnie Richards Memorial Charity.

The iPad training units will be used to teach lifesaving first aid routines, including how to use a defibrillator.

They were bought by the charity with a £1,000 grant from the Isles of Scilly Steamship Company’s Community Fund. As part of its commitment to giving something back to the communities it serves, the company has so far given away £16,000 to 15 different projects that will benefit people in the Isles of Scilly and West Cornwall.

“We have nearly 200 defibrillators across Cornwall, but unless people have got the confidence and ability to use them the chances of survival are greatly diminished,” said Paul Williams, who founded the charity after his brother-in-law Ronnie Richards died of sudden cardiac arrest. “The training means lives are being saved.

“We have trained several thousand people in Cornwall including the first 2,500 secondary school students in the UK at Cape Cornwall School in St Just, Humphry Davy School in Penzance and Camborne Science and International Academy. Following the training, 14-year-old Henry Snell from Cape Cornwall School gave CPR to his father at home, who went on to make a full recovery.

“The iPad training units will help to train a vast number more people quicker and refresh skills far more regularly. We have already trained thousands of people and now we have the ability to train thousands more.

“When we started our public access defibrillator (PAD) program four years ago there wasn’t a single PAD on the South West Ambulance Trust operational system in the county and by the end of 2018 we are confident the number will be 400.”

One of the latest to be installed is on the weighbridge in Penzance, meaning there is now a defibrillator situated every two to three minutes from Albert Pier to Newlyn.

“The Steamship Company has completed the last piece of the jigsaw puzzle along that stretch, which is a phenomenal success story for Penzance,” said Paul. “When you think how many people pass through that area, particularly during the summer, it will doubtless save lives.

“According to the European Resuscitation Council (ERC) chances of survival are up to 90% if a defibrillator shock is administered in the first minute, decreasing by 10-14% with every passing minute.

“People don’t see the aftermath of sudden cardiac arrest – it is absolute tragedy and trauma. Ronnie would think this was fantastic. We are very, very proud of what we’ve achieved and can’t thank the Steamship Company enough for the very generous grant.”

Sharon Sandercock, Marketing and Communications Manager for the Isles of Scilly Steamship Group, said: “We are delighted to be able to support this very worthy cause. One person in the UK dies every five minutes of sudden cardiac arrest and every second counts when responding, so it really isn’t an exaggeration to say this money will be helping to save lives.”

Applications to the third round of Community Fund grants are open to voluntary groups or charities, schools and education establishments, community clubs or societies, and individuals undertaking not-for-profit projects for the benefit of the wider community. 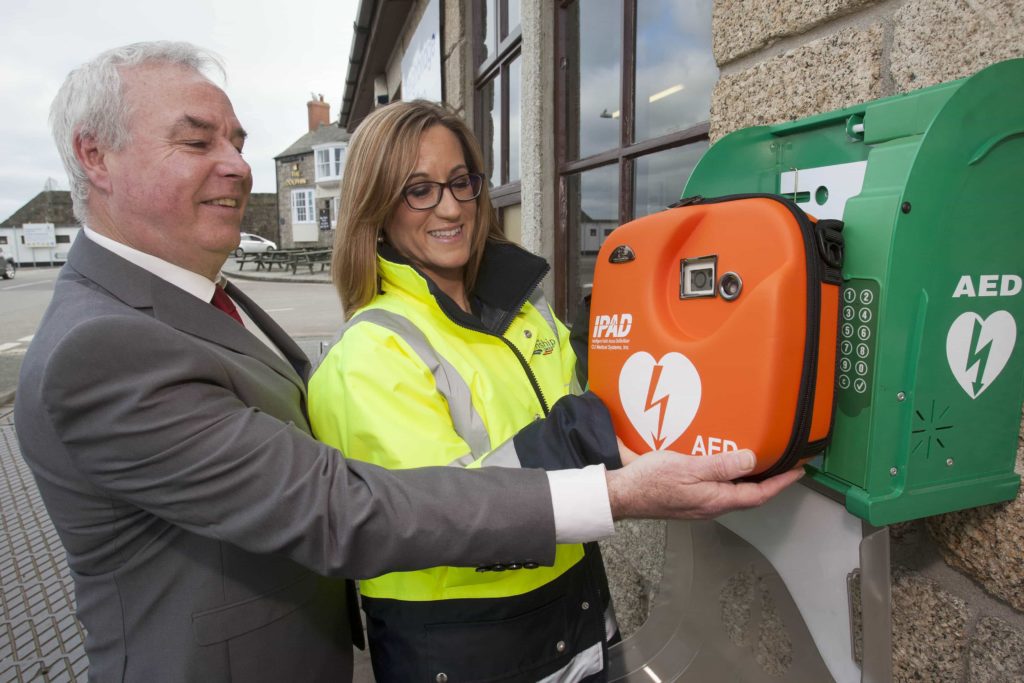