A Stream of Scilly Memories

“Picture this. A two-year-old girl, August 1944, sits in birthday suit on Pentle Bay on Tresco, smiling in the sunshine, little fists full of sand. First time on Scilly. Every summer on and off for ten years after that she is there again with her family.

The family stay in the Tower House of the Abbey on Tresco, the luggage brought there from the quay by pony and trap. Then the endless walks along Pentle Beach, in sun and wind and rain, it doesn’t matter, oyster catchers piping, looking for favourite golden shells, and cowries, and limpets; gathering flowers to press: heather, trefoils, thrift, speedwell, bindweed, knapweed. For lunch, fried mackerel her father catches rolled in oats, and picnics of crab sandwiches. Off again down to the beach swimming with the little silver fish in the turquoise water, sometimes aquamarine, or amethyst even. In and out of the water all the time, rolling down the dunes, building sandcastles, leaving them for the moats to be flooded by the tide. Reading in bed, The Yellow Poppy by DK Broster, National Velvet by Enid Bagnold, the Scarlet Pimpernel by Baroness Orcski, the moon riding through the clouds outside the tower window.

Twenty or more years without Scilly, but the dreams stay, in the heart, in the mind, never for a moment forgotten by this little girl growing up, the colours of the islands vivid, the smell of the sea, of sea weed, of eucalyptus, the sound of the waves coming in, of the foghorn on Bishop’s Rock.  And the longing to return lingers, the determination to do so grows. So, she thinks, talk about it to the children, to your husband, enthuse them. Best place in the country for bird watching, easy to get to, sun and sand and boats, and oystercatchers, turnstones and terns, and fried mackerel in oats, and crab sandwiches. Great place for stories, Michael, shipwrecks and pirates and gigs, ancient kings buried thousands of years before on hilltops everywhere, whales and turtles washed up on the beaches, abandoned cottages, abandoned islands.

So, come the 1980s she takes us over to Scilly, to Bryher, to one of Keith and Marion Bennett’s cottages, Firmans. The Scillonian churns and rolls, then we see the islands floating there in the blue of the sea, waiting for us, and our stomachs settle as our hearts rise. The welcome is warm, the cream tea on arrival exquisite. So, our days and weeks of discovery begin, and have gone on for nearly 40 years. I cannot count the visits. We have come in all seasons, all weathers, with children and grandchildren, with only the best friends. 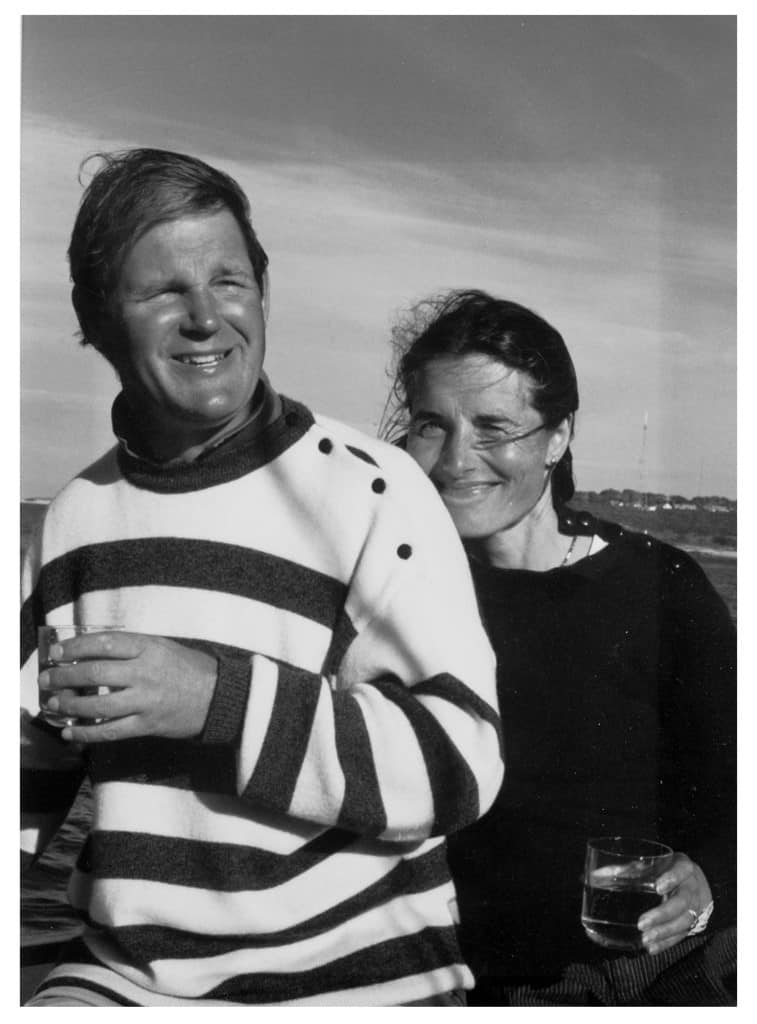 Bryher is our island. Visitors as well as islanders are fiercely loyal. Some people prefer Tresco or St Agnes or St Martin’s or St Mary’s. They are all wrong!  Bryher is best. We go walking the beaches, paddling and swimming, on Rushy Bay, Stinking Porth, Popplestones, Droppynose Point. We walk the cliff path and heathland out towards Hell Bay, watch the great rollers come crashing in, go boating out to the Eastern Isles, over to Tresco, eat fried mackerel and crab sandwiches, have picnics on uninhabited islands, on Samson and St Helen’s, on Little Arthur. We go to the museum on St Mary’s, do our clothes shopping in the Foredeck, have lunch at Dibble and Grub, dinner sometimes with old friends at Hell Bay Hotel on Bryher, have our crab and lobster from the Jenkins family on Bryher too. We sit on Green Bay of an evening sipping a white Bordeaux wine. What times we have had!

“And Bryher remains the place where we feel we belong, our home on Scilly. For me it has become my Narnia”

I have set story after story on Bryher: Why the Whales Came, The Wreck of the Zanzibar, Arthur High King of Britain, The Sleeping Sword, and Listen to the Moon. These stories of Scilly are now read all over the world in dozens of languages. They have been made into films and plays. The movie of When the Whales Came was filmed on Bryher in 1988 with a wonderful cast of islanders, as well as Helen Mirren and Paul Scofield and David Suchet. 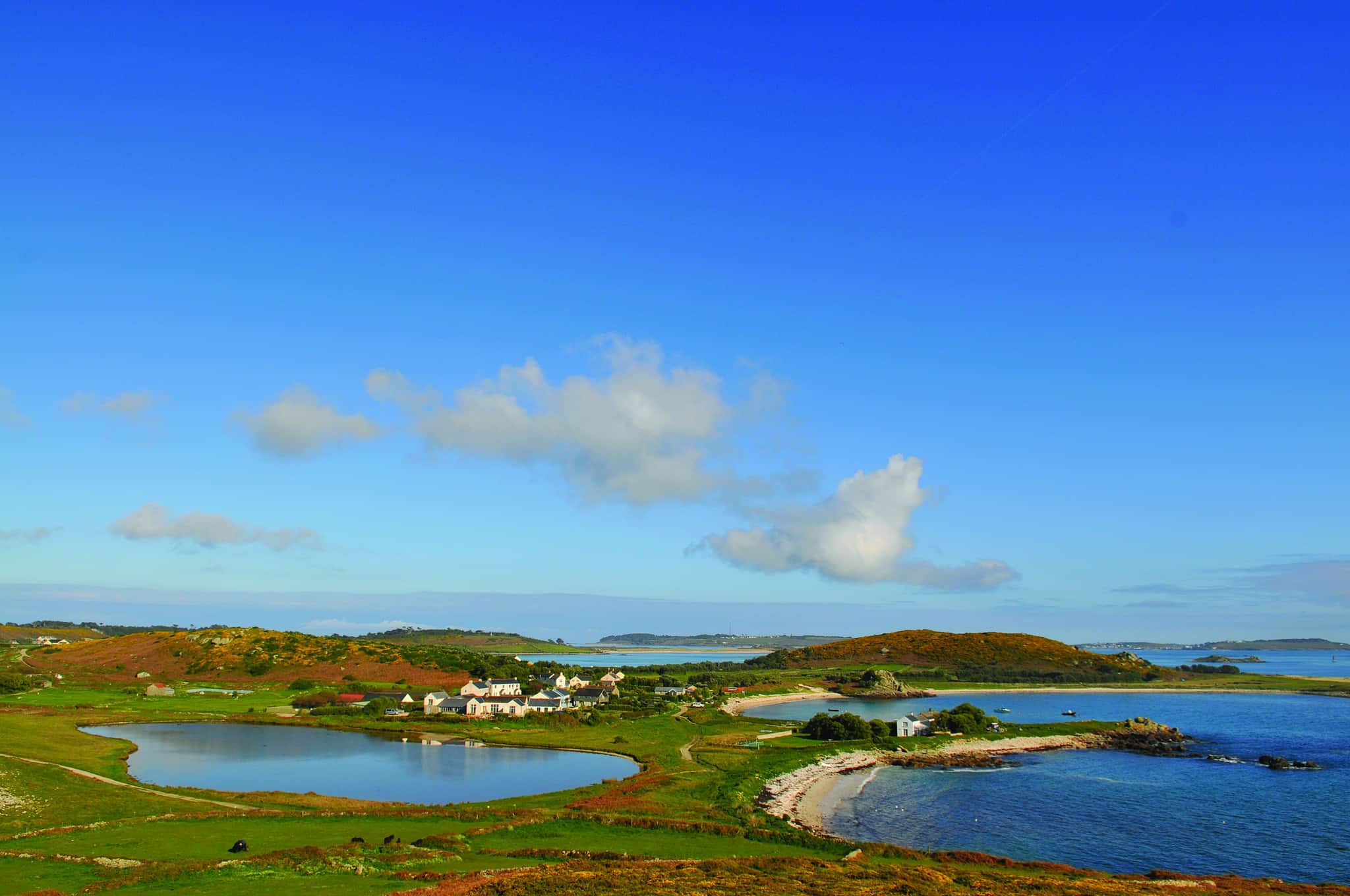 In one school I once visited in New Zealand a girl put her hand up and asked me: ‘How did you manage to invent all those islands, and all those names, like Bryher, and Popplestones, and Hell Bay and Droppynose Point? You must have the most amazing imagination’. I was so tempted to agree with her!

No, I told her instead. These are real islands. I was taken there, and my children and grandchildren were, by a 2-year-old girl, now a great grandmother, who fell in love with the place 70 years ago. Now we all love the place. We go back and back each year.  And each year we make more memories and eat more crab sandwiches and fried mackerel rolled in oats.”

Re-trace in Michael’s footsteps and discover these inspirational islands that inspired countless novels. You can reach the Isles of Scilly via Scillonian III, our passenger ferry; the journey departs from Penzance harbour and takes 2 hours 45 minutes. Or fly from one of our departure airports Land’s End, Newquay and Exeter, with major connecting flights from around Europe and the UK you can soon be inspired by Scilly. 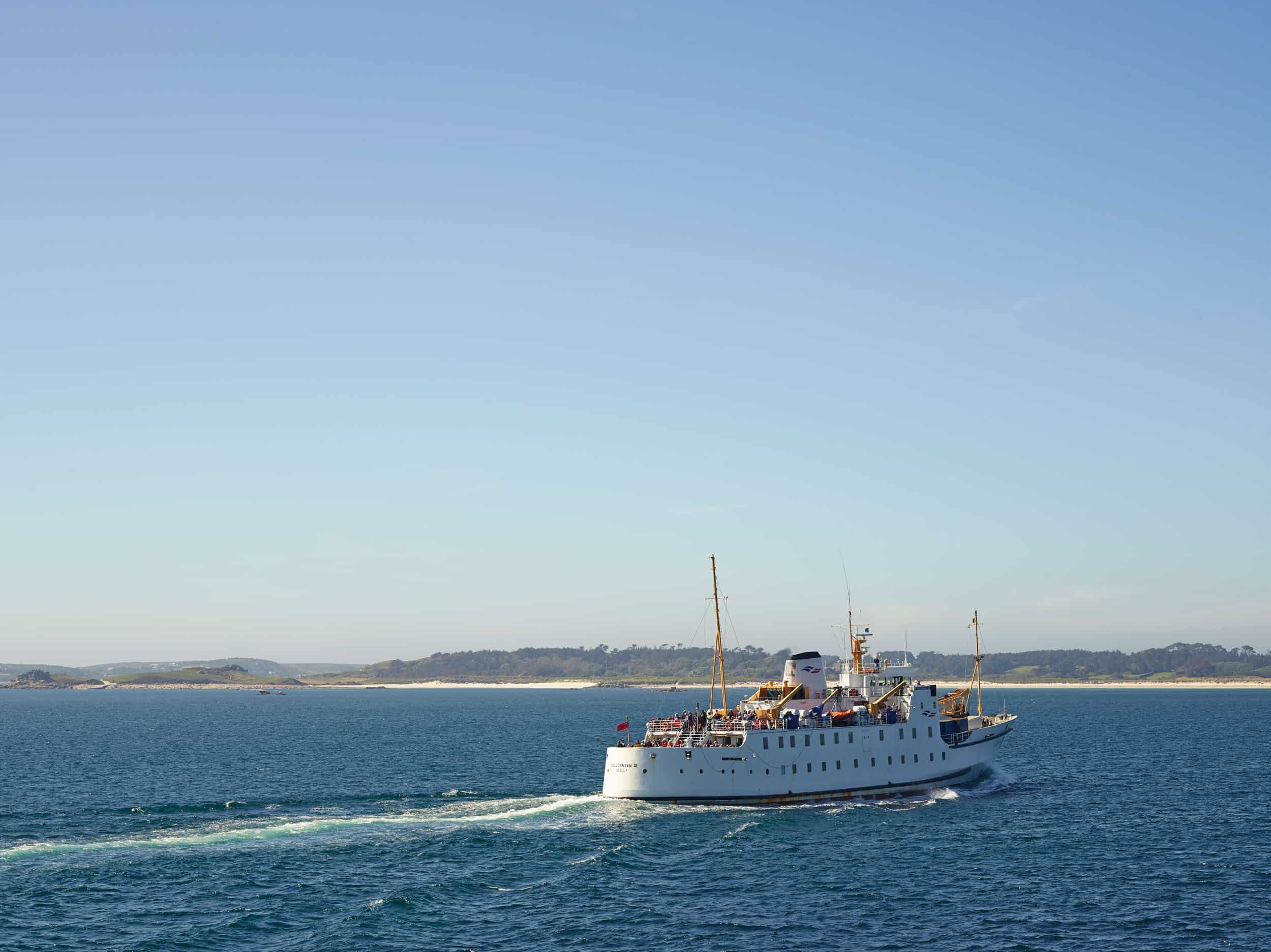 There are a whole host of novels inspired by the Isles of Scilly, to discover more check out authors Sam Llewellyn, Linda Macdonald and Phillipa Ashley.

Read more about Bryher and the other islands using our island guide here.

PreviousFly to Scilly from the UK, Ireland and Europe
NextSpring into Spring and set sail for the Isles of Scilly