In 2020 we, the Isles of Scilly Steamship Group will be celebrating our 100-year anniversary.

That’s 100 years of providing a lifeline service to the Isles of Scilly. From the early days of an adapted fishing protection vessel making the crossing between Penzance and St Mary’s to the development of three Scillonian’s and our airline Skybus; along with the growth of a dedicated island freight service. The group has come a long way in the last 100 years, which has only been made possible through the dedication of the people behind the company. The company’s heritage shows just how much can be achieved when a community comes together.

Step back in time to 1920. While Europe recovers from war, a group of islands remain served from the world, by saltwater. Bright rumours buzz in the air about the building of a new ship, a vessel to bring the outside world a little closer. With the smash of a champagne bottle and the cheering of crowds, the Scillonian sets out on its maiden voyage and continues to sail island lovers across to this very day. 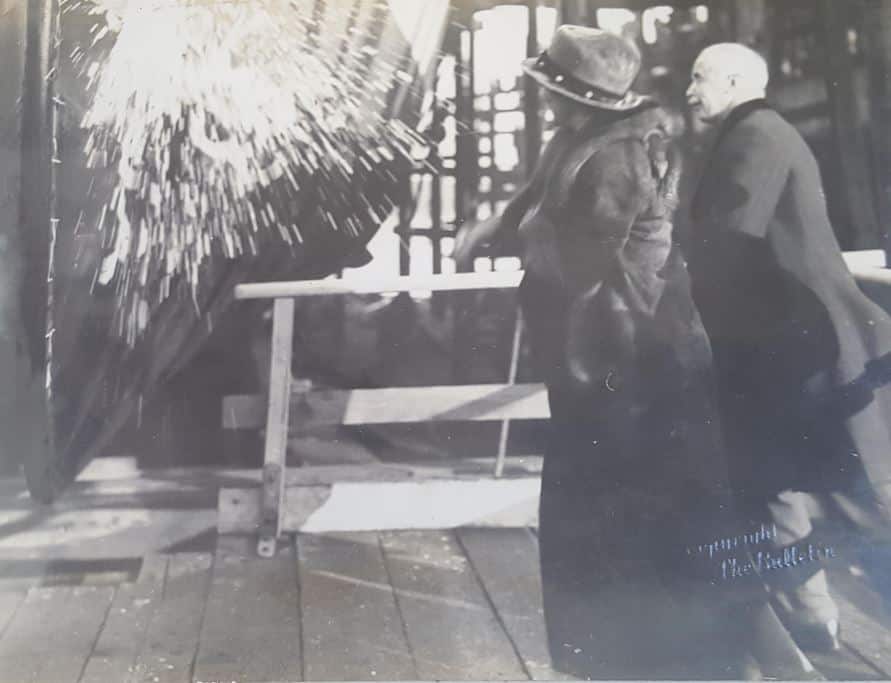 Before the arrival of the passenger ferry, sailing to the Isles of Scilly was fraught with danger. Under the power of wind alone, the journey could take six hours or more and with wild winds, crashing waves and treacherous coastlines to face, many ships were lost to the ocean floor.

During the First World War, when resources were squeezed, the people of Scilly had to make do with crossings on an uncomfortable herring drifter if they wanted to journey to the mainland. Things got even trickier when the waving of victory flags signalled the end of the First World War; the herring drifter returned to service and residents were told they needed to find their own way across.

The Certificate of Incorporation of the Company, dated 26th March 1920, and that of the right of the Company to commence business, dated 27th April 1920 were produced and a list of the Shareholders were laid on the table.

They purchased the Argus, an ex-Royal Navy ship renaming her Penninis and set her sailing. She carried passengers to and from the islands for 6 years, before costly repairs meant it was time for her to retire. 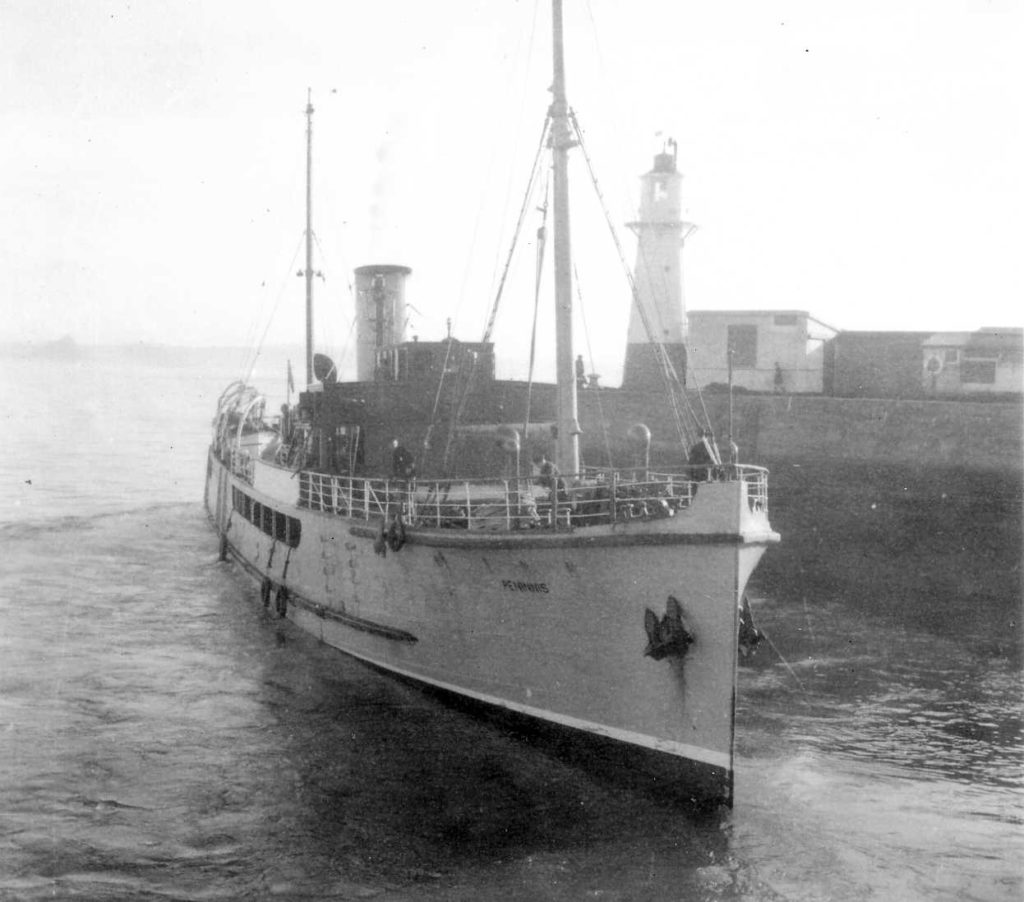 Following Penninis, the company ordered the first of its purpose-built Scillonian passenger ferries in 1925. A grand, steam-powered vessel that could carry 165 tons of cargo and 390 passengers, the ferry cut the journey from Penzance to the Isles of Scilly down to just over 3 hours. 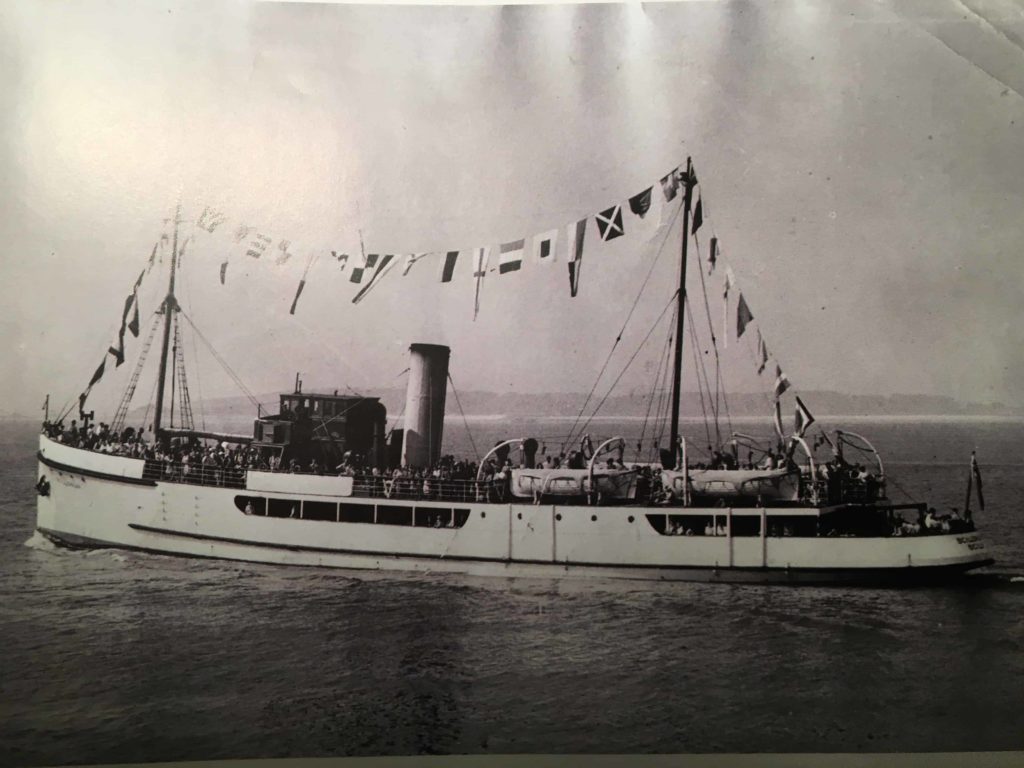 With only a handful of radios and telephones on the island in 1920, islanders needed a different way to contact the ship. So, with a bugle in hand they would head out to Penninis Point, fill their lungs and sound out the ship to make themselves known.

In 1926, Scillonian made her first official voyage and it wasn’t long before passengers stepped aboard to discover the islands. Today, most passengers sit back and enjoy the views but in 1920, they would stand mesmerised on the main deck, watching huge pistons power the ship forward in the engine room.

In 1952, the old ship had started to creak, getting slower as the company struggled to find coal stokers. A replacement ship, Scillonian II was ordered, sailing faithfully for 25 years. 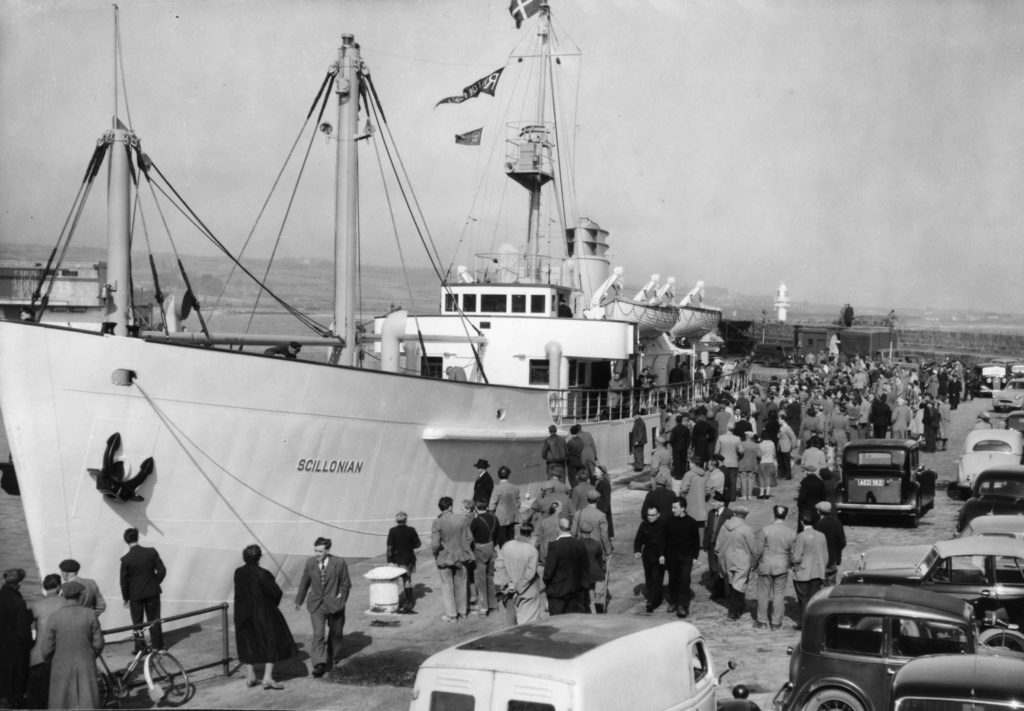 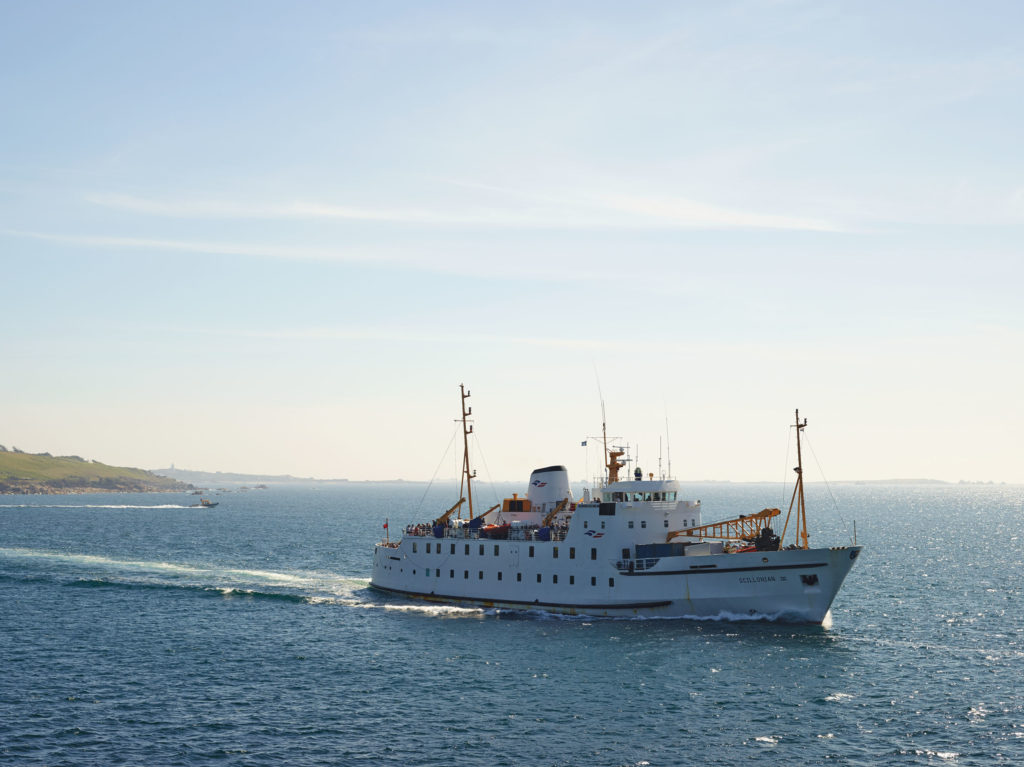 In 1984 the company expanded to air travel developing the Skybus airline, as an alternative to sea travel and shipping of freight. 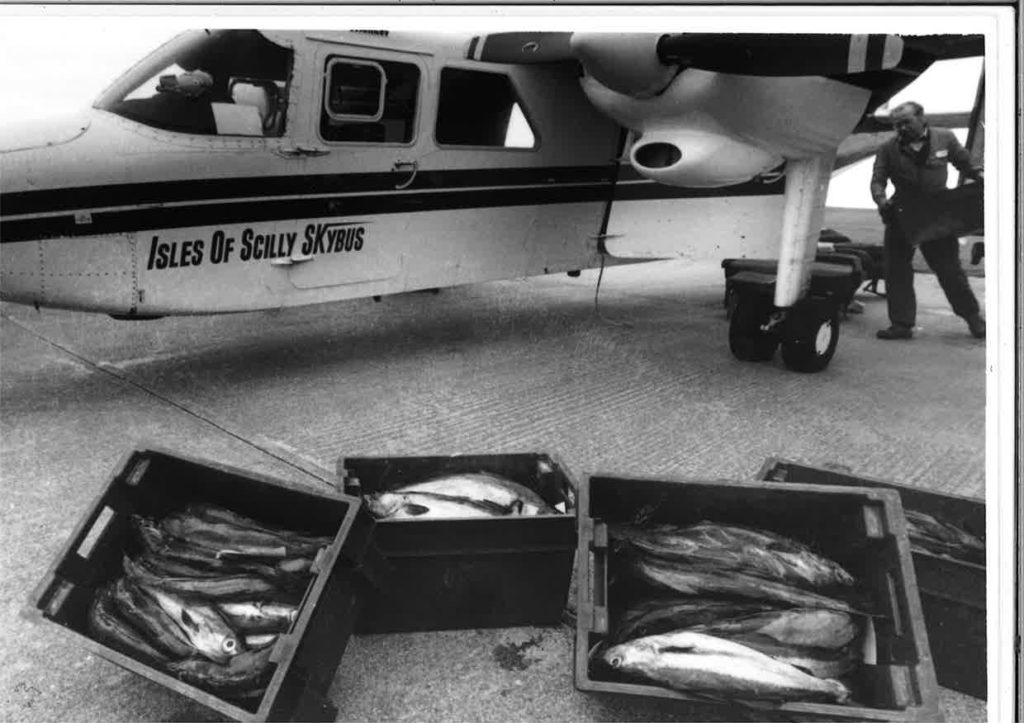 By 1987 they had expanded to scheduled commercial flights. Today, Skybus has expanded to a larger fleet and has regular flights to the Isles of Scilly departing from Land’s End, Newquay and Exeter airports. 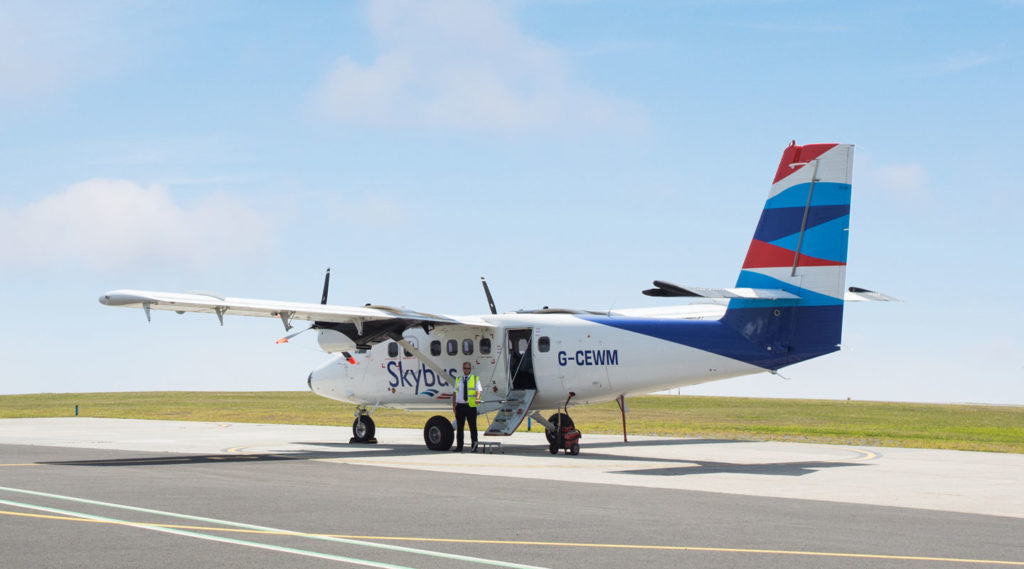 1989 saw new developments to further support the islanders with the purchase of a Norwegian freight ship ‘Gry Maritha’ for a year-round freight service to the islands and later an inter-island freight ship and post boat. 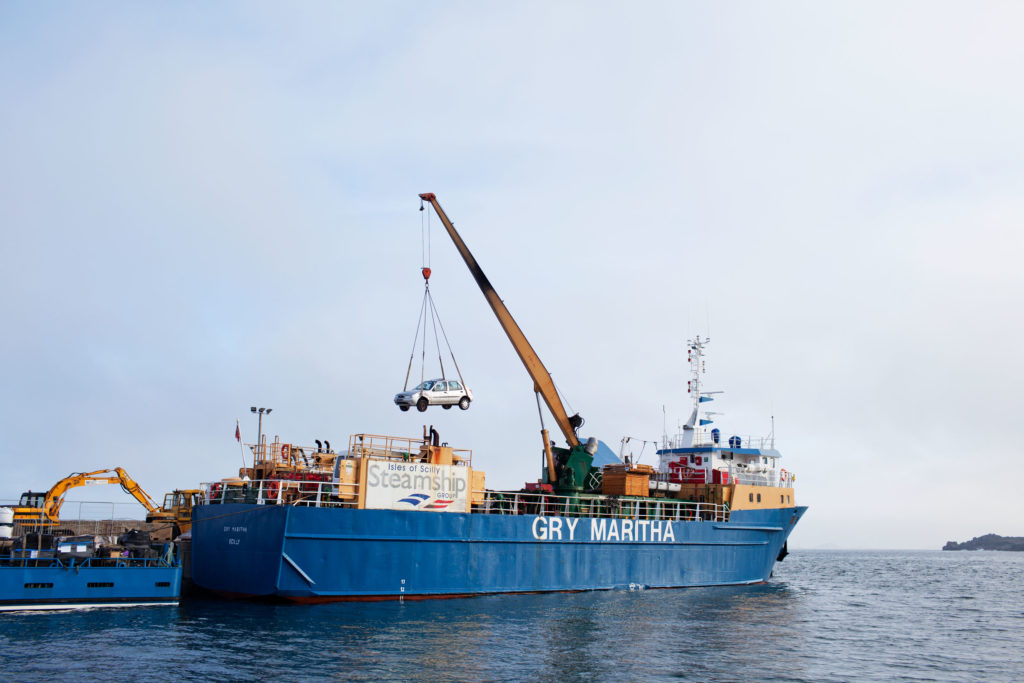 In 2009, the company took on the lease of Penzance Dry Dock and in 2015 Island Carriers was acquired which provides haulage and courier services on the island. 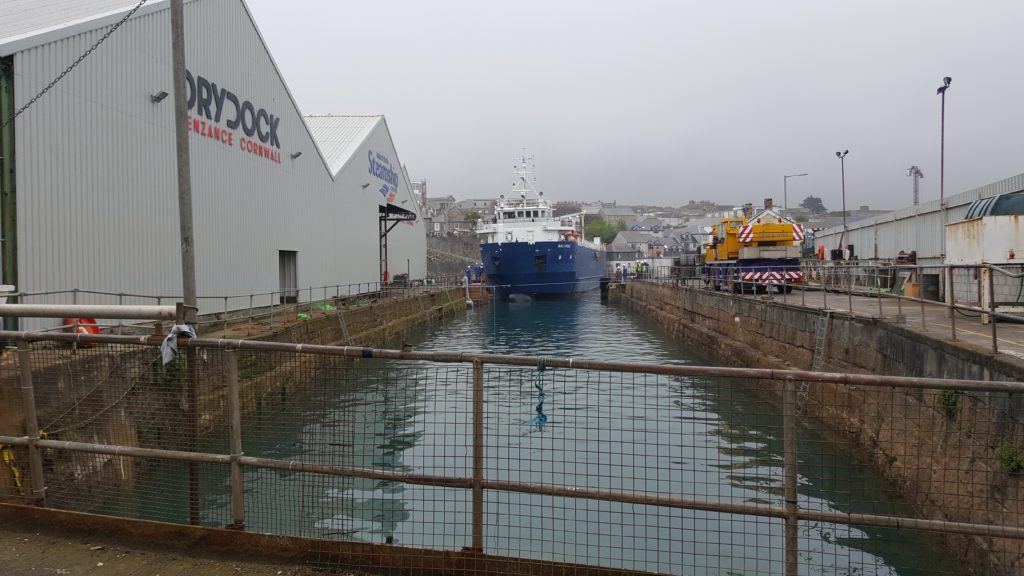 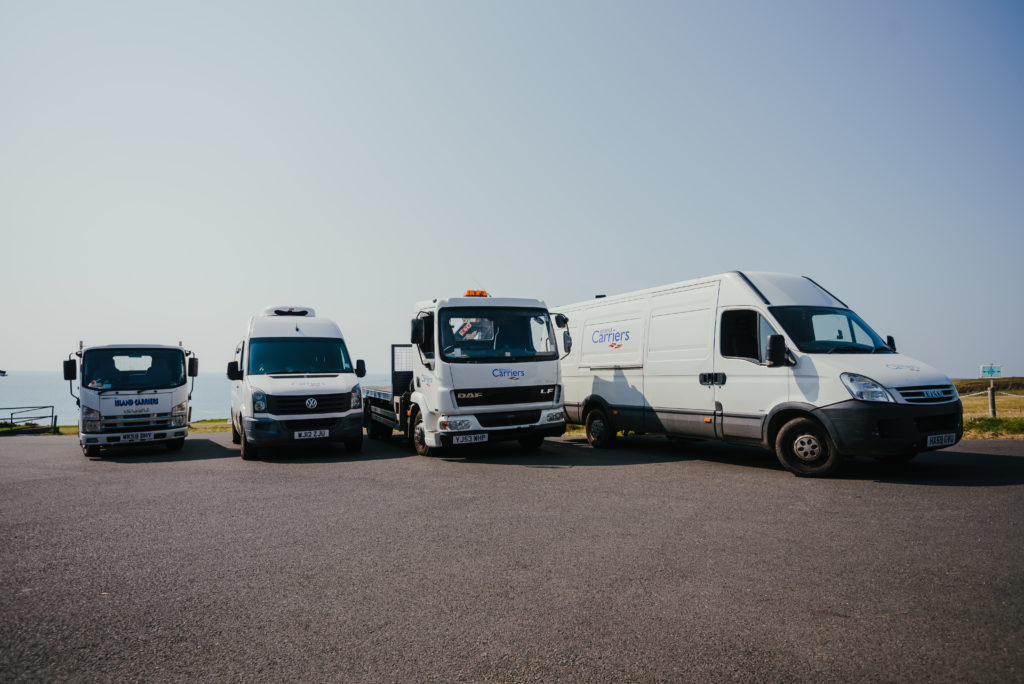