Today is International Women’s Day, and a time when we celebrate women’s achievement, as well as focusing on the need to make our world more gender-equal.

At the Isles of Scilly Steamship Group, we are proud to have a strong female workforce and to champion women working in the maritime industry.

We can always do more however, and the theme of today’s IWD event is #ChoosetoChallenge – and for the maritime industry in particular, to help encourage more women to consider careers in maritime, helping to foster more #DiversityinMaritime

The Diversity in Maritime programme was launched in May last year to ensure the sector has a highly skilled diverse workforce. Women in Maritime was the first network in the programme, which now includes many other networks focused on mental health, pride and ethnicity.

The Steamship Group has long supported women working in the maritime industry and has a proud heritage of female workers in senior roles who have helped to pave the way for women to pioneer careers in the field.

Daphne Eileen Chudleigh, who died in 2018 at the age of 98, was a former ISSG Company Secretary and a key staff member for over 35 years who made a lasting contribution to the Group, including writing a book called Bridge Over Lyonnesse which documented 70 years of the Steamship Group’s history.

Daphne’s fascinating career is detailed in a blog on our website and explains how Daphne first came to Scilly after World War Two to recover from a serious illness, and stayed after marrying Bernard Chudleigh from Tresco. Daphne later joined ISSG and remained working for the Group until her retirement, holding the position of Company Secretary for the last 5 years of her career.

In her role, Daphne was pivotal in helping the team gain funding for a new passenger ship, and she also helped to arrange the building and launch of the present Scillonian III.

Other well-known female faces connected with Scillonian III include Marcia Still, the ship’s Purser for 17 years, who recently retired after working on board the ship during the last 41 years.

Marcia initially joined as a stewardess in 1980 and was later promoted to the key position of Purser in 2004, with responsibilities for overseeing staff, accounts, administration and financial tasks, passenger manifests and managing guest services.

Marcia was one of the ship’s most popular and well known faces, and a fantastic role model for women considering maritime careers.

Today there are 45 women working at the Steamship Group, making up 24% of our work force.

Skybus is proud to have four female pilots, two of whom are Captains – Emily Kernow and Charley Baker. On the maritime side, Vicky Bolitho is the Chief Officer on board Scillonian III.

We caught up with three senior female members of the ISSG team to find out more about their roles and their thoughts on women working in maritime. 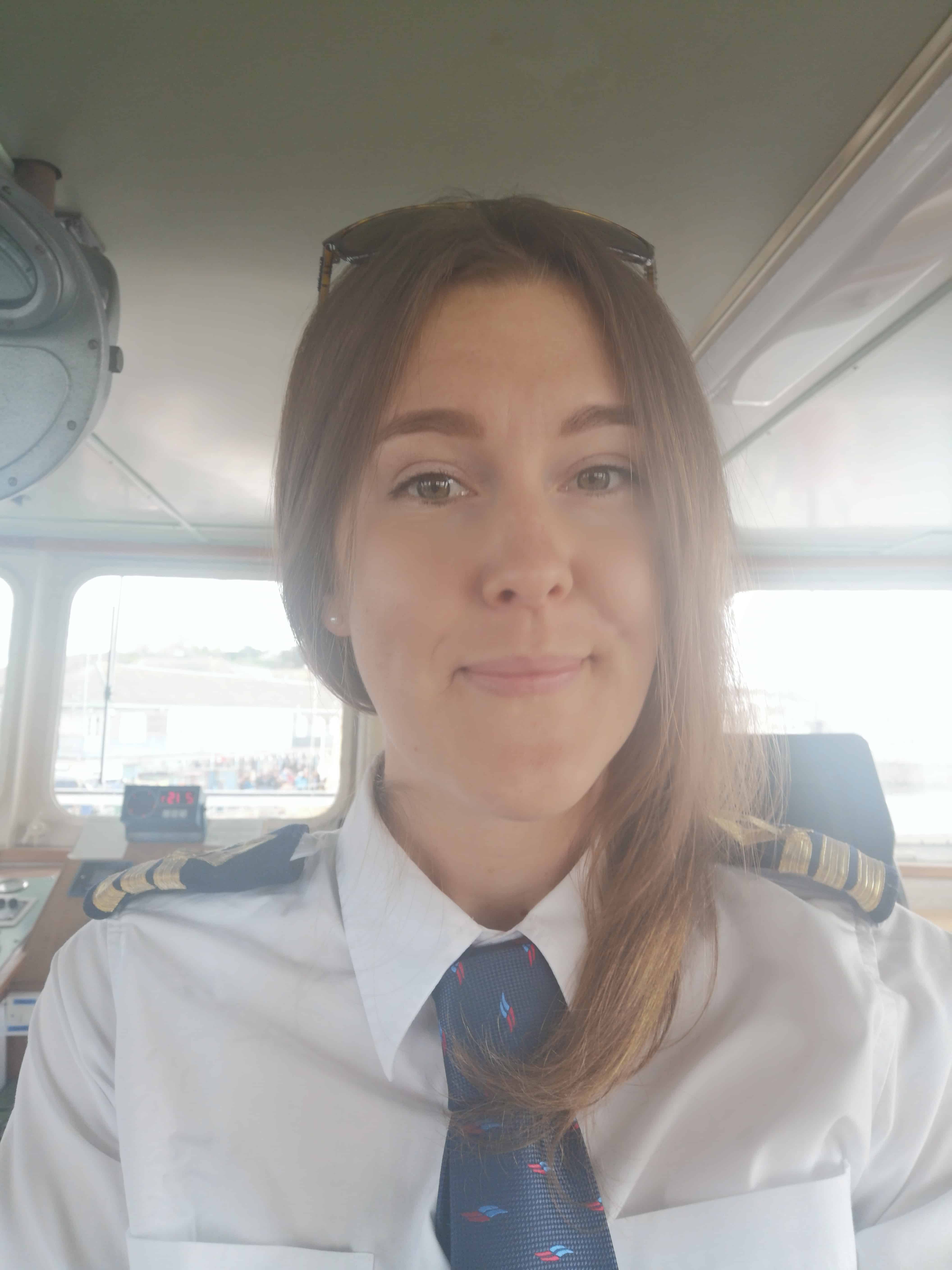 My role of Chief Officer is broad, and includes activity promoting a safety culture on board, implementing and maintaining security and environmental policies, and as head of the deck department, I am responsible for cargo and passenger operations as well as undertaking navigational watch keeping duties.

Every profession has its own challenges and the maritime industry is no different, and indeed, presents some unusual, and at times quite unique, challenges. Many different cultures, religions and people learn to live together in the maritime world despite their differences, and this includes gender.

I was once told by an officer during my training on a ship that my being there had taken a job opportunity away from a man; that comment left me speechless, and highlighted my naivety about some people’s attitudes towards females at sea.

But overall my experiences have been positive, and this industry has allowed me to sail around the world, meet amazing people and share unforgettable memories.

I do feel ISSG supports me as a woman onboard their vessels in the same way that they support all seafarers in their employment – as equals. I believe that is exactly how it should be, I do not want special treatment, but on Group vessels which I have sailed with, I have never felt anything other than accepted as simply another member of the crew.

I think some of the outdated opinions and misconnects that may deter women from pursuing a sea-going career are slowly being eradicated and the industry is becoming more inclusive. 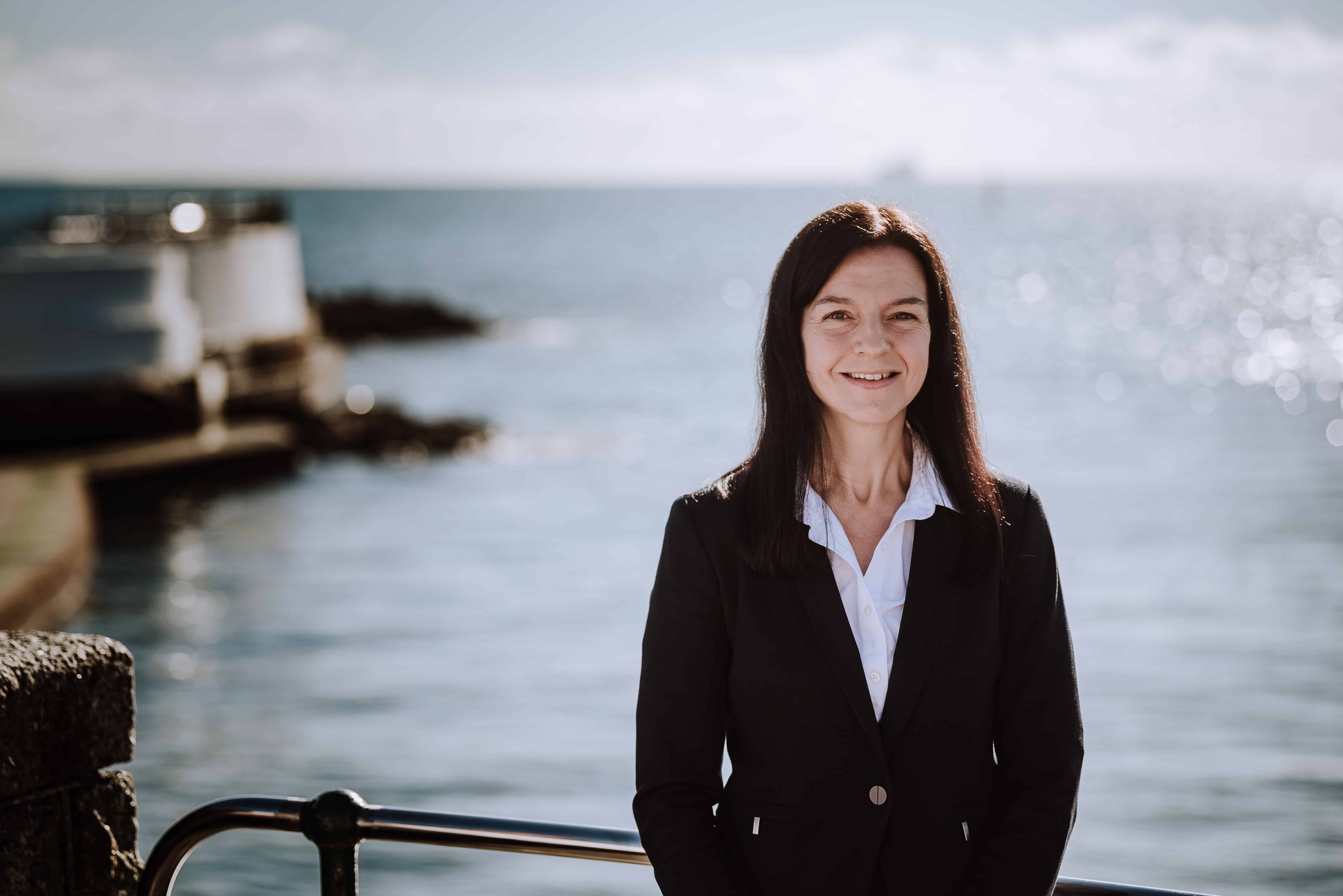 In my role, I am responsible for the financial activities of the company, including preparing accounts, budgets and forecasts. As well as finance, I oversee human resources, IT and health and safety. I haven’t faced any particular challenges as a women working in the maritime industry myself, the challenges come from the job itself, but I have felt very supported during my time at the Steamship Group.

As a Director of the Group, I feel that I have a voice, and I can put across my point of view without question. It is also encouraging that there has recently been the appointment of another female Director at ISSG.

I think there are more opportunities for women to work in the maritime industry these days, although it would be good to have more of a gender balance, as it is still a male-dominated sector.

Increasing gender diversity will mean the industry will be exposed to a variety of new ideas and perspectives.

Awareness and encouragement should always be provided to girls whilst at school and college, to help promote the many opportunities available in the maritime industry, and help attract more women to consider maritime careers in the future. 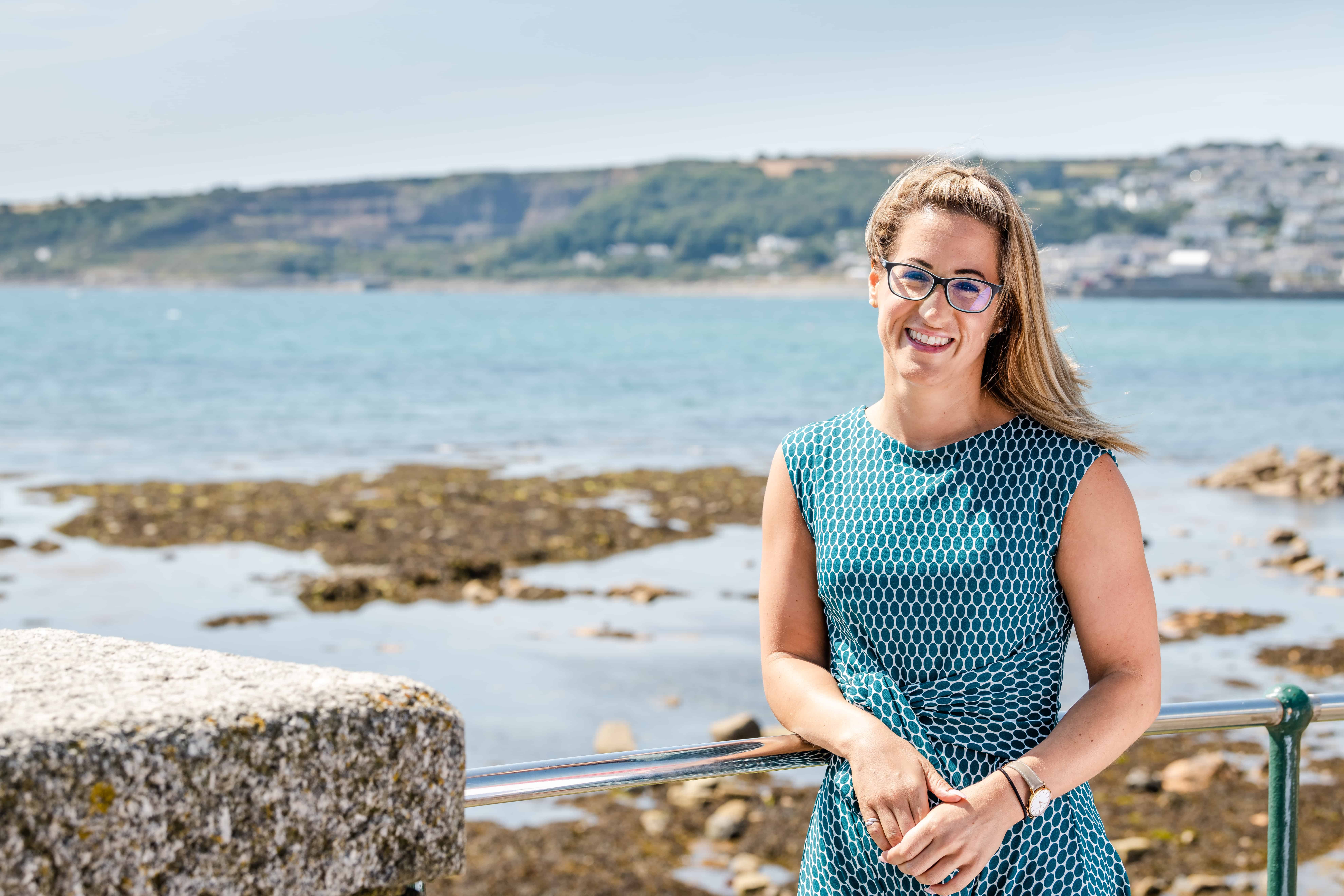 I joined ISSG initially as an e-commerce co-ordinator and helped develop an online presence for the business before creating a digital marketing strategy, bringing the Steamship Group into the digital world. This grew online bookings from 16% to 70% which in turn helped to grow and develop the business. I later became part of the Senior Management Team after becoming Marketing and Communications Manager, and when I took up this position, I was the only woman in senior management at ISSG.

I have never had to endure discrimination from our company for being a woman – but I have experienced it in previous roles working for other businesses.

I think these days, women in maritime are just as accepted – and ISSG certainly embraces and supports women working in all areas of the business to develop and pursue careers, whether that be in aviation, maritime, operations or management roles.