Following a successful period during November and December 2021, Skybus is providing a second period of support  to Air Aurigny that began on 11th February 2022,  whilst one of Air Aurigny’s own aircraft is on deep maintenance.

Between Tuesday 22nd February and Friday 25th February, Skybus carried a total of 208 passengers as well as freight and mail between Guernsey and Alderney and Alderney and Southampton using one of our four DH6 Twin Otters. One of these flights also included a dog who had been run over in Alderney and needed emergency veterinary care on Guernsey.

Skybus will continue to support Air Aurigny on a standby basis up until the 12th March. Air Aurigny normally operates two Dornier 228NG aircraft on these routes. 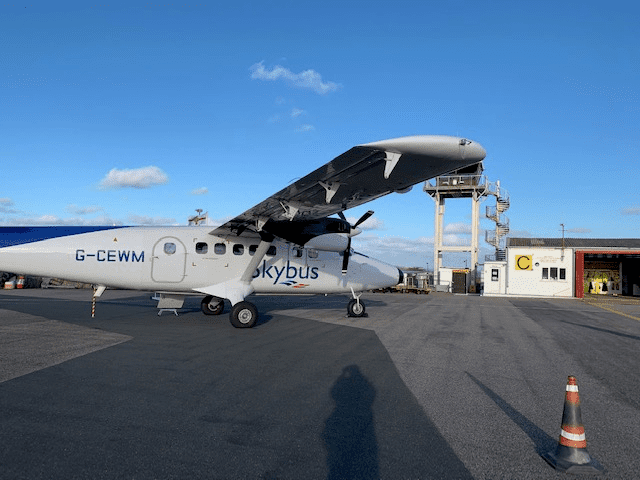