Olympic Champion rower Helen Glover is passionate about promoting her home county and in 2019 will be an ambassador for Isles of Scilly Travel. Helen hasn’t been to the islands but has heard so much about them that she wants to encourage more people to visit the Isles of Scilly.

Helen, who grew up in Penzance, is a British professional rower and member of the GB Rowing Team who has been ranked the number 1 female rower in the world since 2015. A two-time Olympic Champion, triple World Champion and European Champion and quintuple World Cup Champion, Helen is the world-record holder alongside rowing partner Heather Stanning. The pair are reigning Olympic, World and European Champions in the women’s coxless pairs.

As the pride of Penzance, Helen was awarded a gold postbox – sited opposite Penzance Quay – in recognition of her Olympic win at the London 2012 games, the first gold of the games for Team GB.  Helen is a familiar face in west Cornwall, where she returns regularly to visit family in Penzance and Newlyn.

We’ve caught up with Helen to hear why she’s excited to discover Scilly this summer.

What were your impressions of the Isles of Scilly having grown up in Penzance?

I always knew so much about the Isles of Scilly as my mum grew up going over to the islands a lot, mostly camping. She would always tell me that I had to go, so it’s been on my to-do list for ages. Mum told me wonderful stories about being dropped off on an ‘off-island’ by boat and a tractor coming to pick your luggage and take it to a campsite; I just loved everything I heard about it.

I remember getting really excited when we saw the Scillonian ferry in port in Penzance, it seemed a little bit magical that there were these islands you could get to from where we lived.

I’m ashamed to say I’m the only member of my family that hasn’t been to the Isles of Scilly – but that’s something I’m planning to remedy this summer at long last.

It’s amazing how many people live in Cornwall and have never been to Scilly. It’s just one of those things, you can be so close and not get around to going there, but there’s no excuse really when it’s so easy to visit – and I’m genuinely excited to make it happen this year at last. 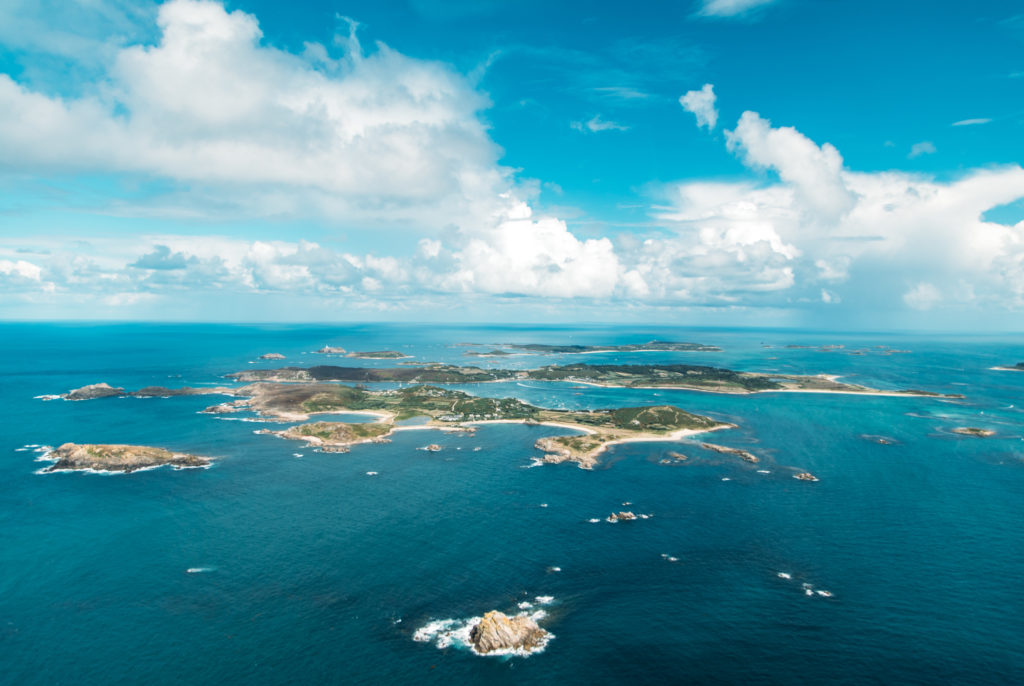 What do you think makes Scilly so special?

I think the simplicity of Scilly and its unspoilt beaches and countryside make it so special, and I’m excited to experience days of living totally outdoors, coming back exhausted and wanting to be in bed by 6pm after a day of fresh air. That is absolutely what we look for in a holiday destination.

With your baby son Logan to think of now, does that make Scilly a more appealing destination?

Absolutely. There aren’t many places in the world you can go to with a child where you can say ‘go on, see you in a few hours’, and they can have an amazing experience exploring and being free – and I think Scilly offers that. It’s a safe, unspoilt environment, there are no busy roads, so it’s back to basics and that is truly what you want with young children. 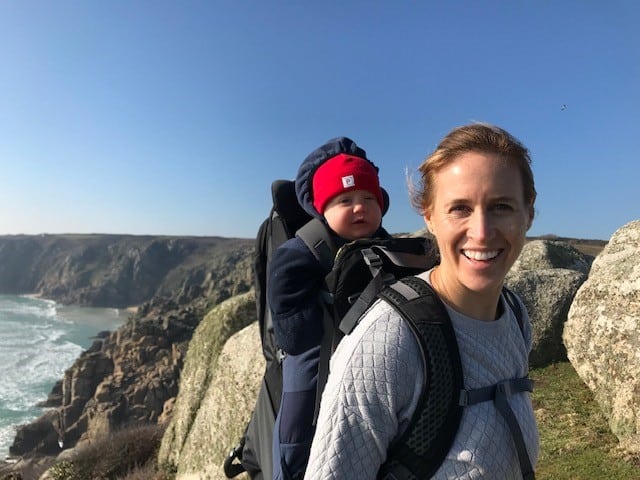 That literally was my childhood in Cornwall so I know how important it is; it was a case of taking your bike out with a map, and my brothers and I would be back in four hours’ time covered in mud; it would be an actual adventure. It’s really hard to get that now, and so somewhere that is safe, but still exciting, is really special.

It’s also so easy to get to Scilly – and accessibility is the thing, especially when you have young children; the last thing you want is a 10-hour flight.

Is it important for you to bring Logan back to West Cornwall often?

Cornwall will always be home; I’ll always be really proud to be Cornish. I figure the more we take Logan there, the more he’ll feel that too. I always say he’s a Cornish baby, and he’s definitely happiest when on the beach. 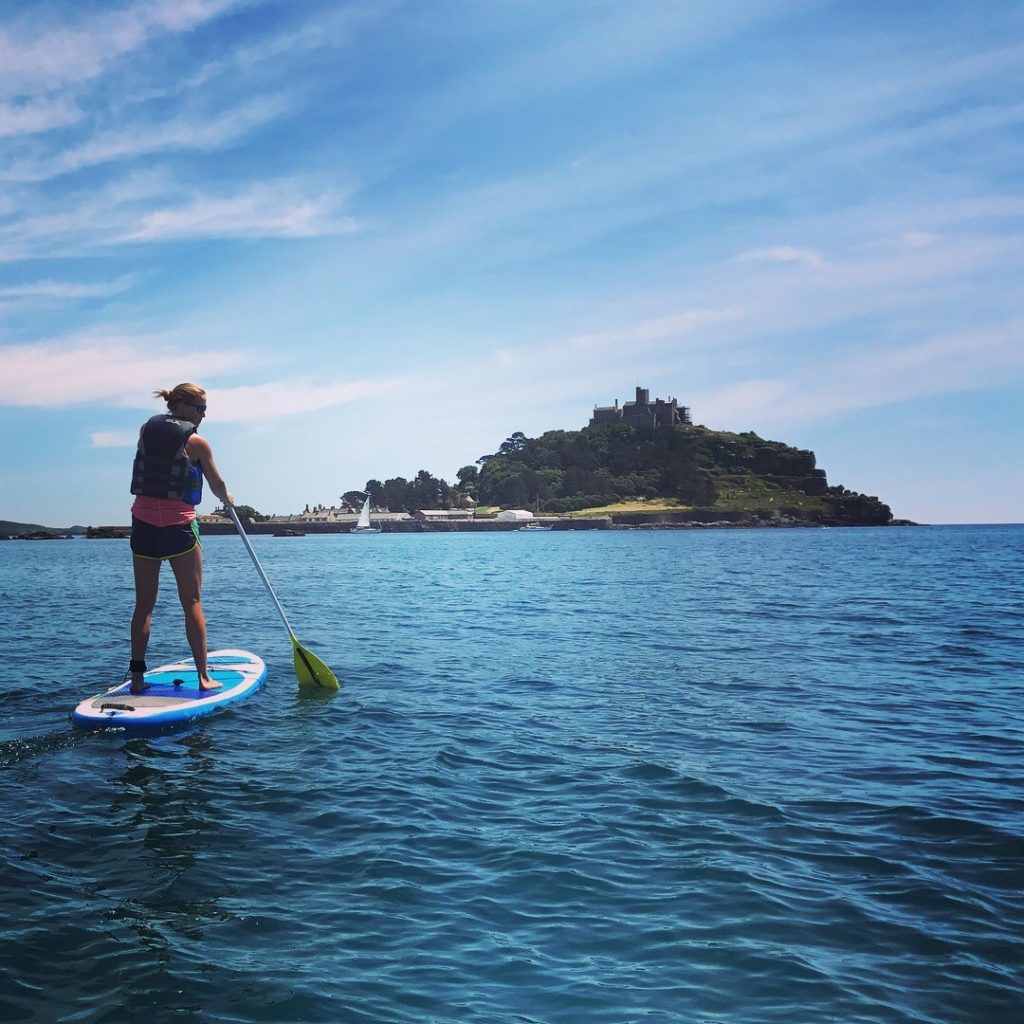 Newlyn is very special to me, as that’s where my dad’s ice cream shop, Jelbert’s is (Jelbert’s Ices of Newlyn was started by Helen’s great-grandfather and her father later took it over).

It’s become my customary route to walk Logan to sleep through Penzance, across the prom, passing the Jubilee Pool, over to my dad’s ice cream shop and back, and that walk is very nostalgic for me.

Did you ever practice gig rowing while you were in Cornwall?

No – it’s probably the only sport that I didn’t do when I was growing up in Cornwall actually! If you go past Mounts Bay, you see the gig club out and I think ‘oh I want to be out there, it looks amazing’. People assume I do it when I’m in west Cornwall but to my shame, I’ve been in a gig maybe only once. I’d love to try it properly on the Isles of Scilly, and I know Scilly is famous for it.

You’re a passionate champion for Cornwall – and will now be an advocate for the Isles of Scilly too. What made you want to do that?

I genuinely am fully Cornish, and for me an association with the Isles of Scilly is really special because I want more people to realise how incredible this destination is.

It’s something I wholeheartedly believe in – especially now I have Logan – because when he’s older, I’m already thinking how am I going to keep him off an iPad and keep him appreciating how amazing it is to be present and looking around at how beautiful the world is?

By the sounds of it, and as I’m sure I’ll discover for myself in the summer, you have the answer in a holiday on the Isles of Scilly, and that’s something I want to shout about. 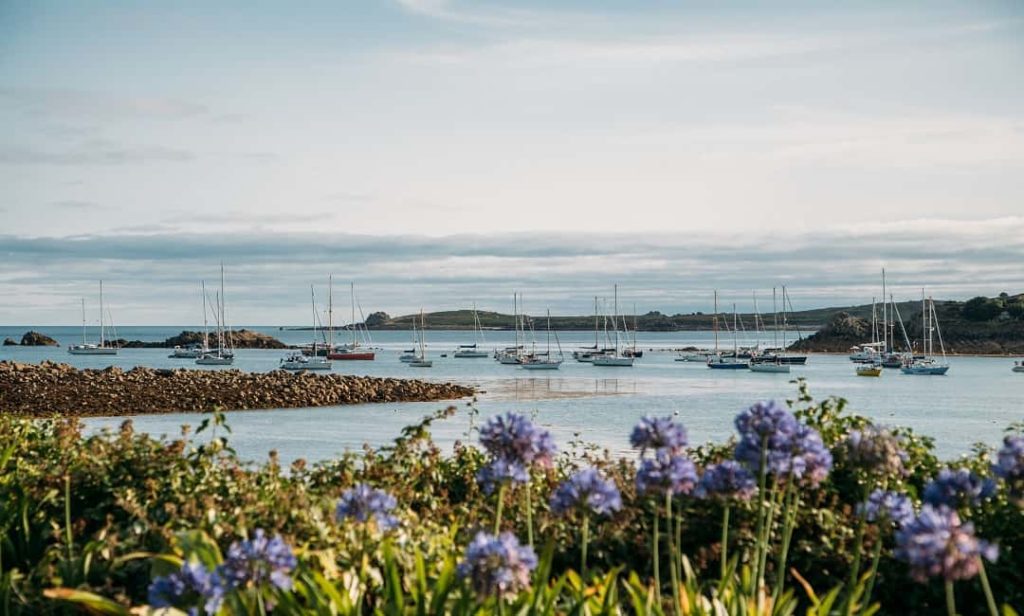 You can read our full interview with Helen in our on-board magazine S Magazine, which is out now and free to pick up a copy. Look out for the magazine on-board Scillonian and Skybus, at our departure airports, Land’s End, St. Mary’s, Newquay and Exeter airports as well as in our travel centres and other locations. We’ll be catching up with Helen after her first trip to Scilly in May to hear all about her experience.