Air Traffic Control seems like a baffling place to many – but in reality it’s an exciting and dynamic environment where quick-thinking and multi-tasking are an essential part of the job.

It is a highly-regulated and safety critical role, where every aircraft – sometimes more than 10 at a time – and the safety of every passenger and crew member is in the hands of the duty Air Traffic Controller.

Moving traffic around the sky in a safe and orderly way is a big part of the job, but there’s a lot more to it than that.

“The main difference between working here and a major airport such as Heathrow is the variety of our job,” explained Neil Didlick, Deputy Senior Air Traffic Controller. “In fact, we work harder here than at Heathrow because of the different jobs we undertake.

“At big airports, different people carry out different jobs, but at Land’s End, it’s all done by the watchful eye of ATC – ground movements, flight information, integrating all air traffic. We’re in control of the entire apron up here.”

Behind-the-scenes, a huge amount of preparation goes on before the first flight of the day takes off, including inspecting the airfield and lighting, observing the weather, preparing flight progress strips for the day, checking the flight schedule and all communications equipment.

It’s a highly governed role, with 25 folders full of rules and regulations to follow each day.

One of the most important features in the control tower is the flight strip board, which represents the airspace around the airport and is a legal document.

Described as like a big game of draughts, the hand-written, colour-coded paper strips represent inbound flights, departures, local flights and overflights and are moved around the strip board by the controller.

“It’s a universal system used in control towers throughout the world and is vital to our job,” explained Air Traffic Controller Ian Dewdney, who has worked at the airport for 15 years. “If I suddenly had a heart attack, one of the other ATCs can look at the strip board and can take over. It shows exactly what’s happening in our air space.” 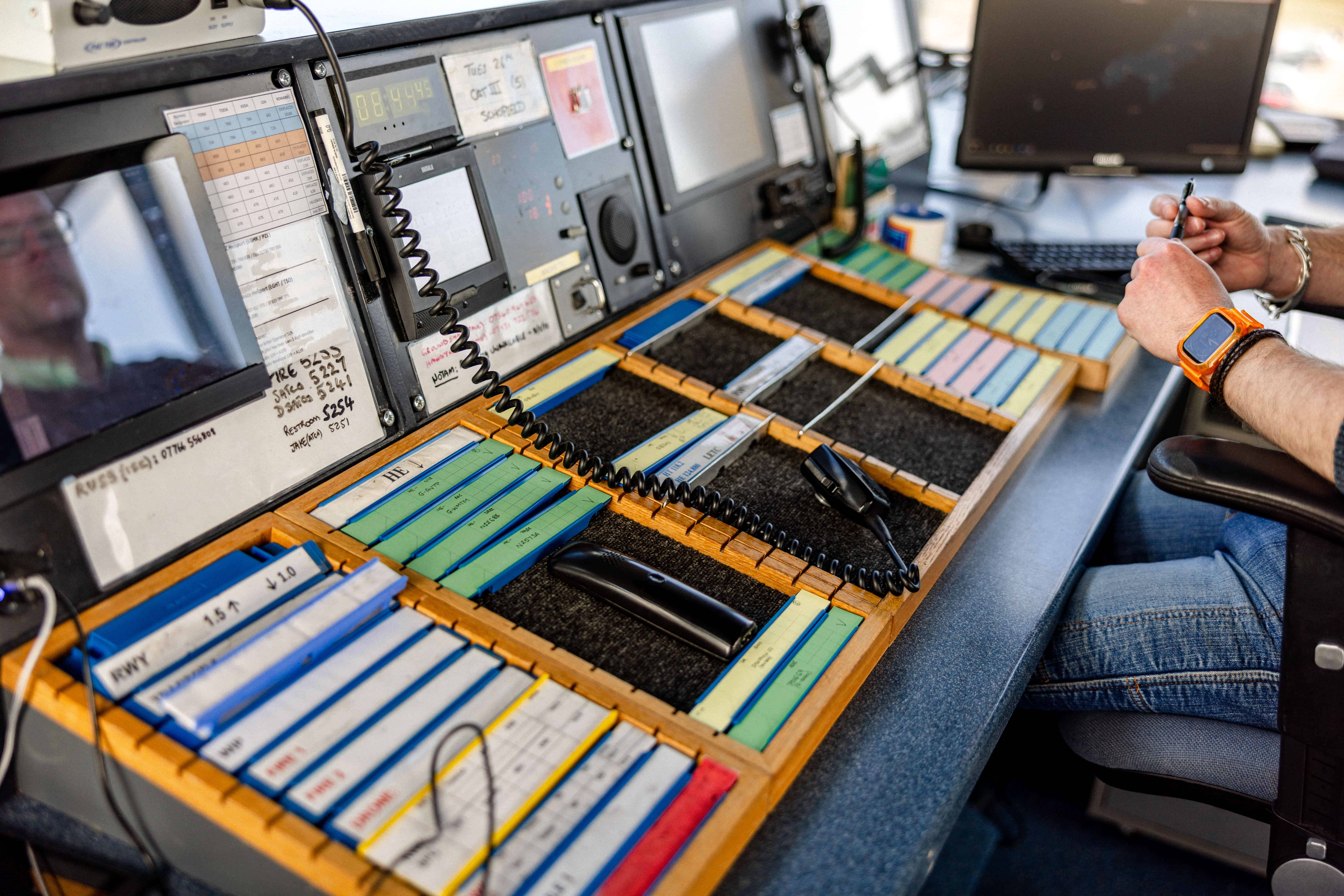 “On a busy day in July and August the airport can see up to 120 aircraft movements. Each controller has to take a 30-minute break every two hours, in order to decompress and remain on high alert during their shift. There’s a lot of watching and waiting.

“Nobody really understands what goes on in the control tower and our jobs are a mystery,” said Ian. “The beauty of the job is that you never really know what’s going to happen. One minute you’re doing nothing, the next you’ve got eight aircraft in your airspace.

“I love the family-feel of Land’s End. It’s an amazing place to work and I have a sense of pride when I come in each day. Plus, you wouldn’t get these views at Heathrow.” 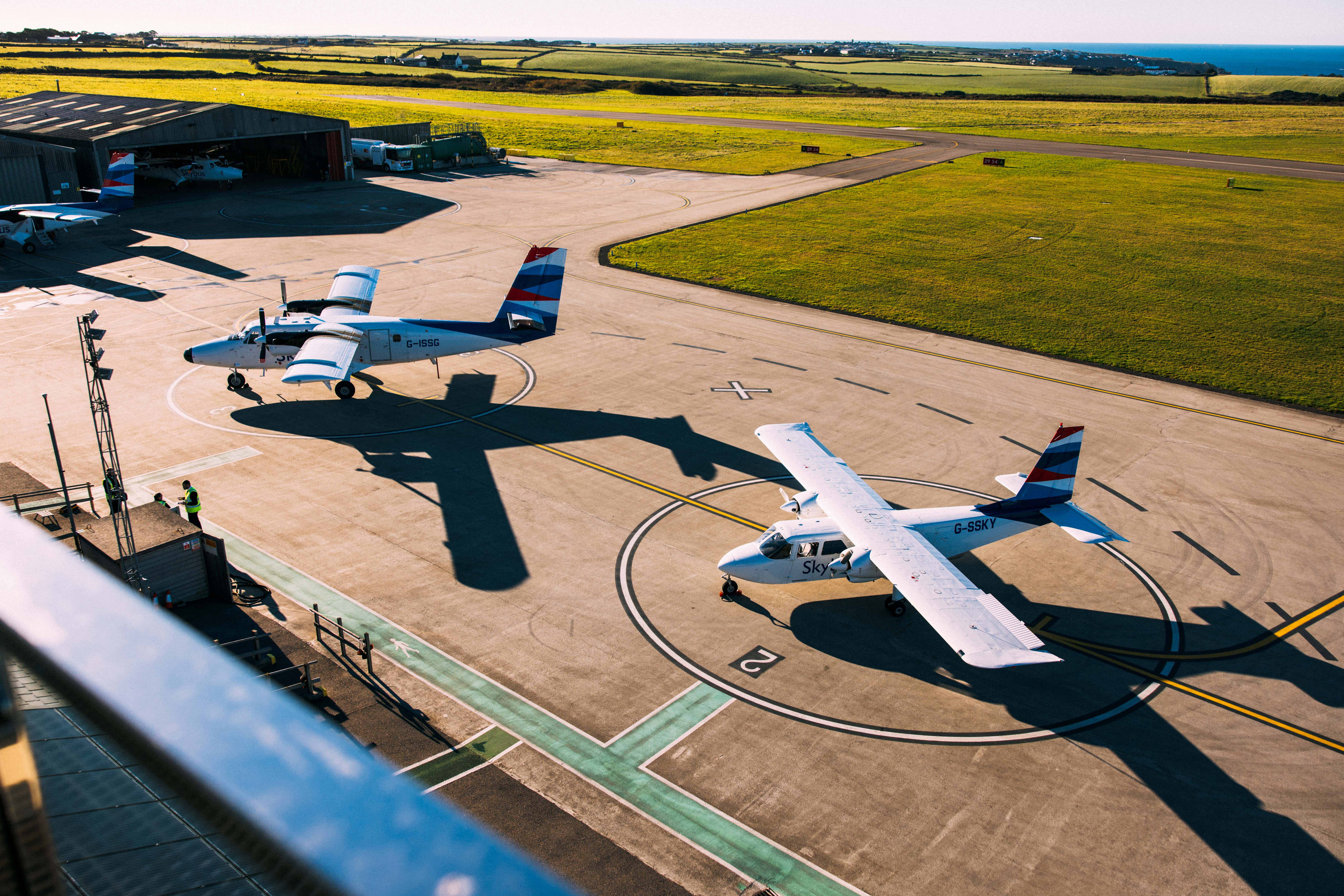