Home> Blog> Behind the Scenes> Shore leave for Scillonian purser

Marcia Still is a well-known face for many of our regular and returning passengers sailing to the Isles of Scilly on Scillonian III after working on the ferry during the last four decades.

Marcia, who first joined the Isles of Scilly Steamship Group in 1980 as a stewardess, is stepping down from her job as ship’s purser to spend more time at home in Newquay with husband Steve, and enjoy some well-earned time on shore to spend on her hobbies, which include walking, crafts and cooking.

We’re very sorry to see her go, and caught up with Marcia to find out about her highlights from four decades at sea, and her funniest memories .

Q: You joined the Steamship Group in 1980 when you were just 18 – what led you to join the company?

A: It was an exciting and unusual job but still meant I could stay in Cornwall. I was a stewardess at first, working mainly in the bar and buffet. We worked long hours as there were many double sailings but it was also a lot of fun. The crew would get involved locally with things like Newlyn Raft Race and we would build a raft and make the costumes, even having a practice row around St Mary’s Harbour. I returned to work as a stewardess after two periods of working away during the last 40 years, and later became the ship’s purser in 2004 when Raymond Jefferies retired, which is the job I’ve done for the last 17 years.

Q: Do you remember your first day working on Scillonian III?

A: Yes, it was a very rough double sailing and I wasn’t feeling great, we were nearly in Scilly when I succumbed to seasickness. I survived the afternoon sailing and managed to hit the Barn Nightclub in Penzance that evening – with all the lights and a few ciders, it felt like I was still on the ship.

Q: What was a normal day like as ship’s purser?

A: The morning would start with a quick crew briefing and usually our stores deliveries, stocking the café bars. Checking the passenger manifest and liaising with shore staff was next, before boarding passengers at 9am. During the journey, all focus is on passenger comfort and safety before disembarking in Scilly at midday. The afternoon might require a run ashore, shipboard meetings, safety drills and admin before embarking passengers at 3.30pm for the return journey, arriving back in Penzance at 7.15pm.

Q: How has your job changed over the years?

A: Over the years, international ships’ management systems have improved, and this entailed an increase in training and administration, which is all for the good. But what stayed constant was our many returning passengers who feel like old friends, and it’s always been lovely to catch up with them.

Q: You must have had some memorable voyages over the years – do any stand out?

A: We used to have an annual pelagic trip where we took 400 bird watchers on a 16-hour trip south of Scilly. Once I was taking a man’s money for his coffee when the call came over the PA that Wilsons Petrels had been spotted. He just ran off, only returning half an hour later for his cold coffee and change.

During these trips, ‘chum’ (bait) would be put overboard to attract the birds. Once, one of the crew left a porthole open and the foul-smelling oily mush ended up in a cabin. We certainly made sure all portholes were secured for future trips!

Q: What are your favourite memories from working on Scillonian III?

A: Seeing the basking sharks as we sailed along the coast and sightings of dolphins have never ceased to delight me, and the reaction of the passengers was always uplifting.

The first sailing of the season when I would go ashore on Scilly, it was lovely to be greeted with comments like ‘summer’s here’ or ‘we’ve missed you’.

Leaving on the last day was just as special, as the ship’s whistle got some extra blasts and a few people would be on the quay on St Mary’s to wave us off. It was always tinged with sadness but you knew it would only be a few months and you would be back again.

Q: What will you miss most about the job?

A: The people, definitely. The crew feel like family  – Pete Crawford (Relief Master) and I used to catch the same school bus in Newlyn so we go back a long way. I’m a sociable person so I’ll really miss the interaction with passengers and work colleagues to make the whole operation work, and the satisfaction when it all goes well. 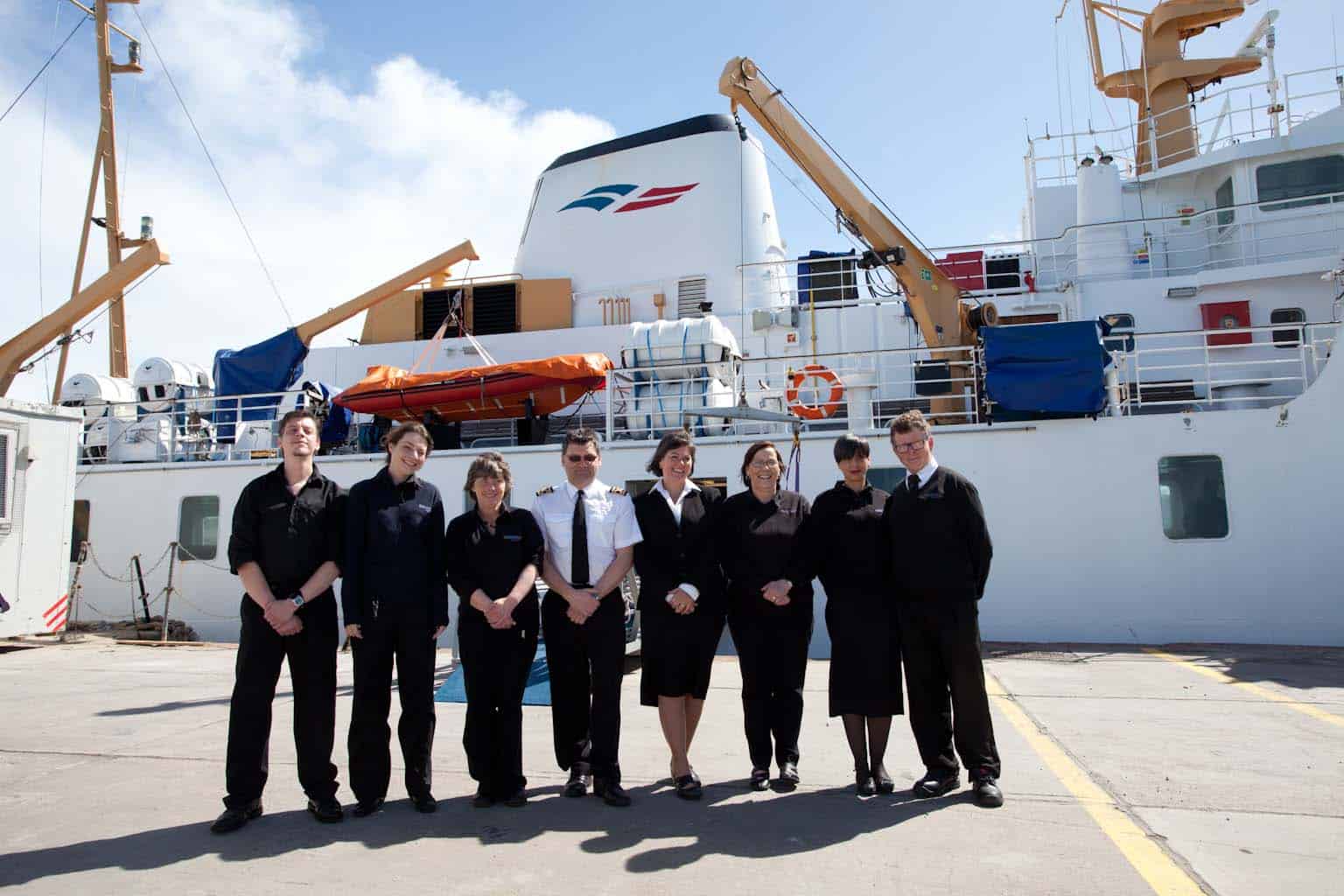 Q: Do you have any plans once you step down as ship’s purser? And will you be visiting Scilly again?

A: I certainly hope to be back on the islands often as I love Scilly and I have many friends there. I don’t have any real plans yet but I’m going to enjoy being at home more and learning some new crafts. A job as a deckchair attendant on Crantock beach sounds appealing.