Bryher is a small elongated island and like all of the other islands on Scilly, has it's own special charm. It's contrasted by the sheltered channel between Tresco and Bryher with several sheltered beaches and coves, the other side is the wild and rugged Shipman’s Head renown for its big seas and exposed cliffs. As Scilly’s smallest inhabited island, walking around Bryher is easy and accessible for most people.
Home> A snippet of Bryher 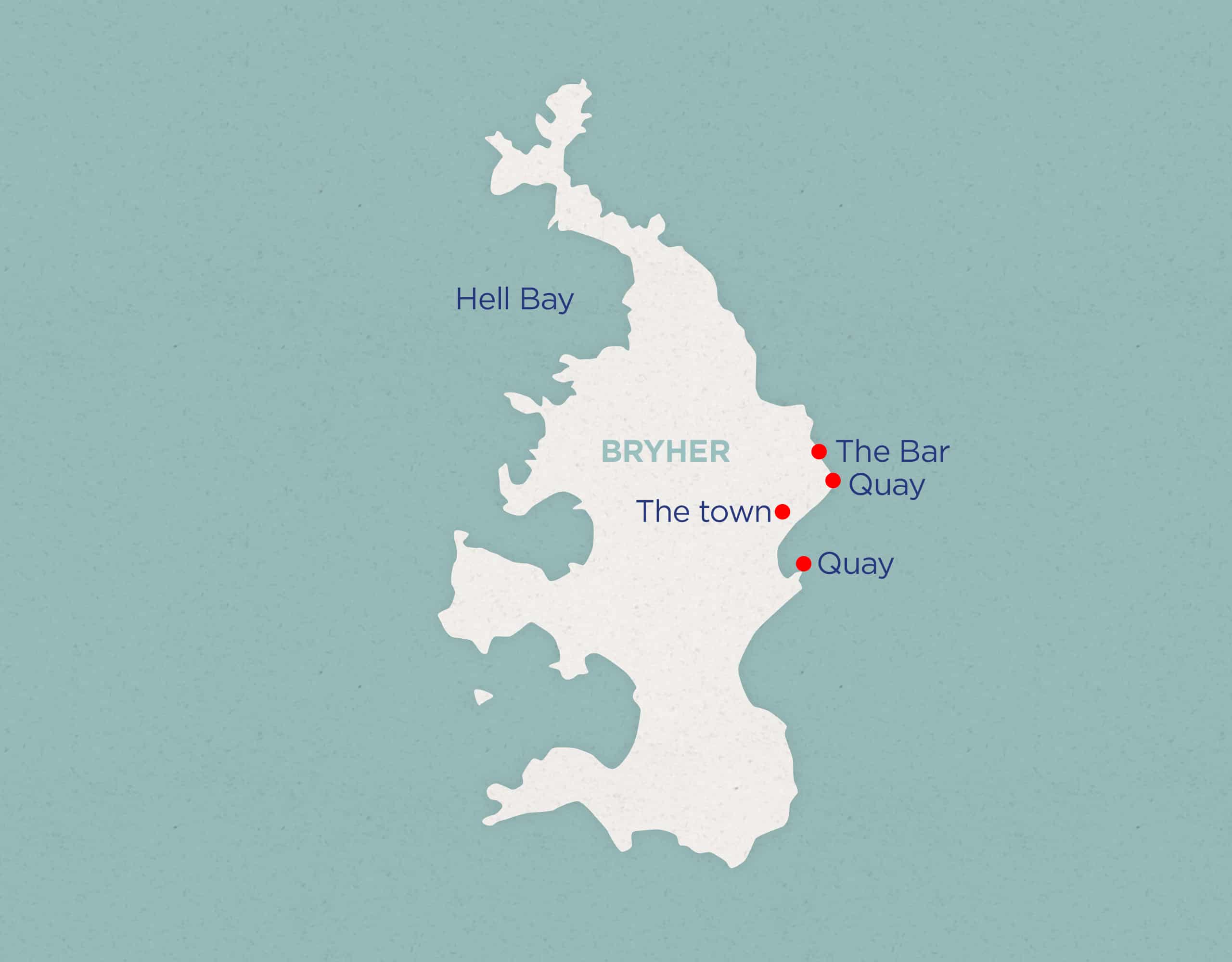 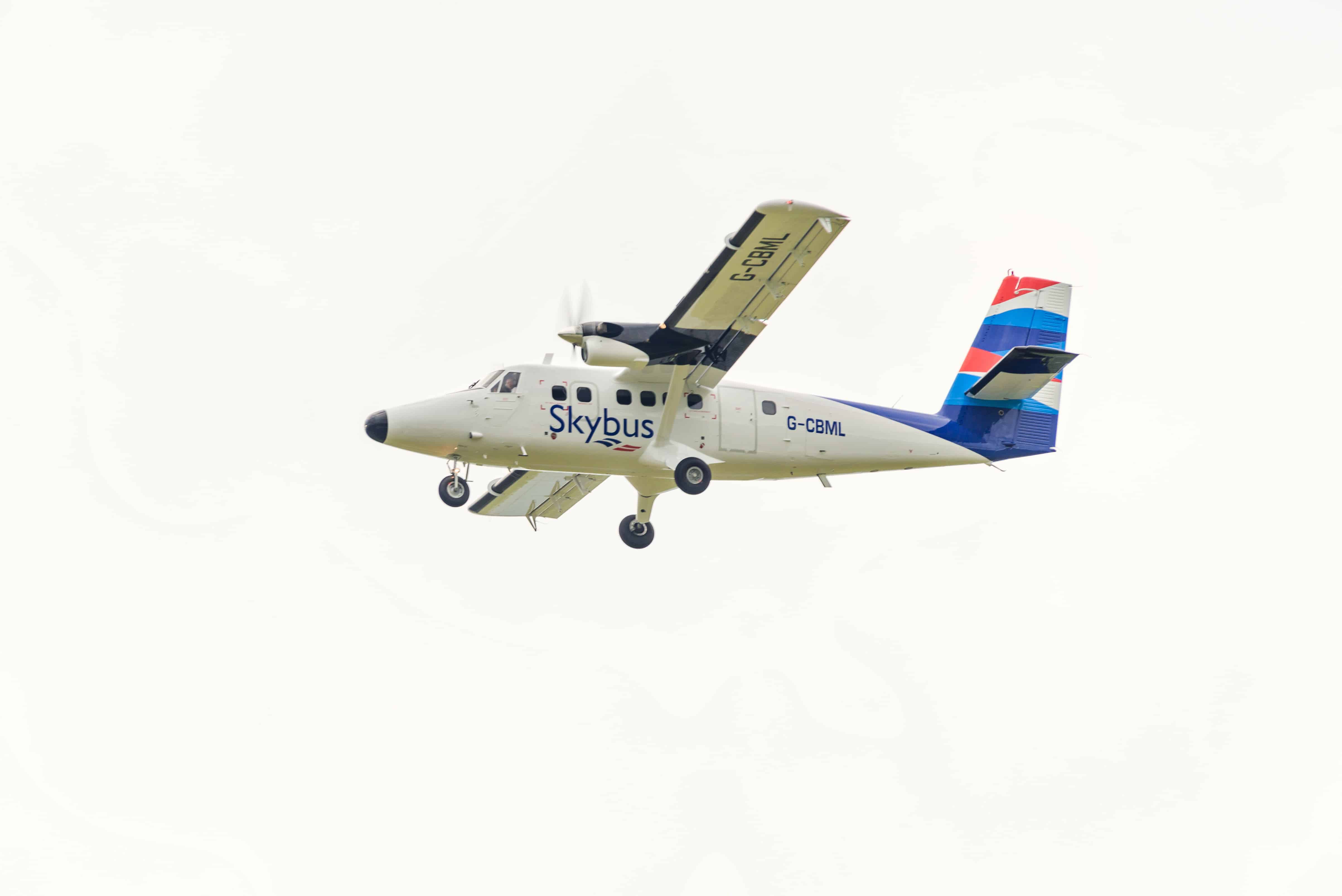 Fly with Skybus from Land’s End or Newquay Airport departing on the first 0800 flight. On arrival jump on the Transfer bus waiting to take you to the quay and transfer to the inter-island boats, generally these depart at 10:15- times are available from the chalk boards in Hugh Town or on the Quay. If there’s time the café ‘On The Quay’ serves A great selection of pastries and snacks as well as fresh hot coffee. 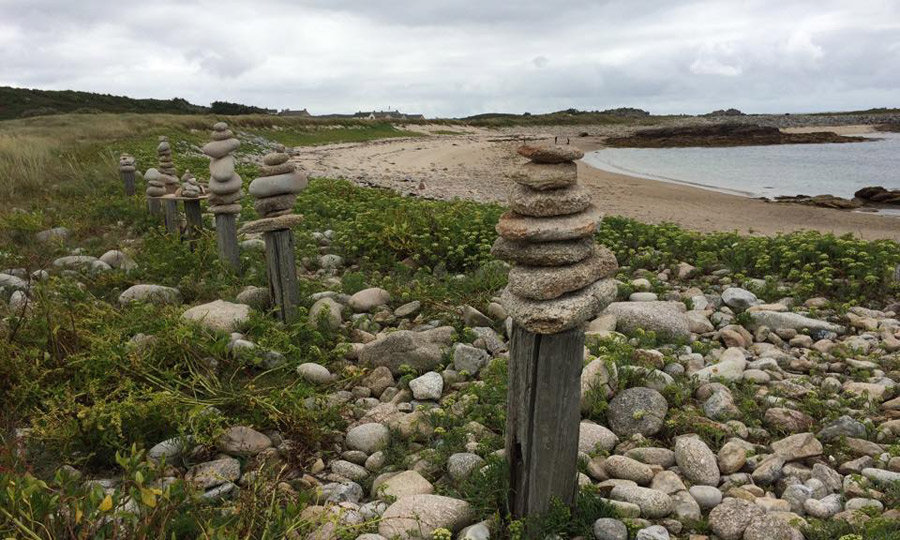 Whether a family or couple there is something on Bryher for everyone. Head out past the excellent Hell Bay Hotel past the salt water lake and you will find a small rocky cove where locals and visitors alike make rock stacks or cairns at the top of the beach, try to make your own ! Retrace your steps back to the hotel for lunch then step out again heading for the most beautiful beach on Bryher –Rushy Bay. Ample rock pools and safe swimming for the family and a wonderful vista back towards St Mary's . A gentle walk back towards either quay depending on the tide to catch the boat home. 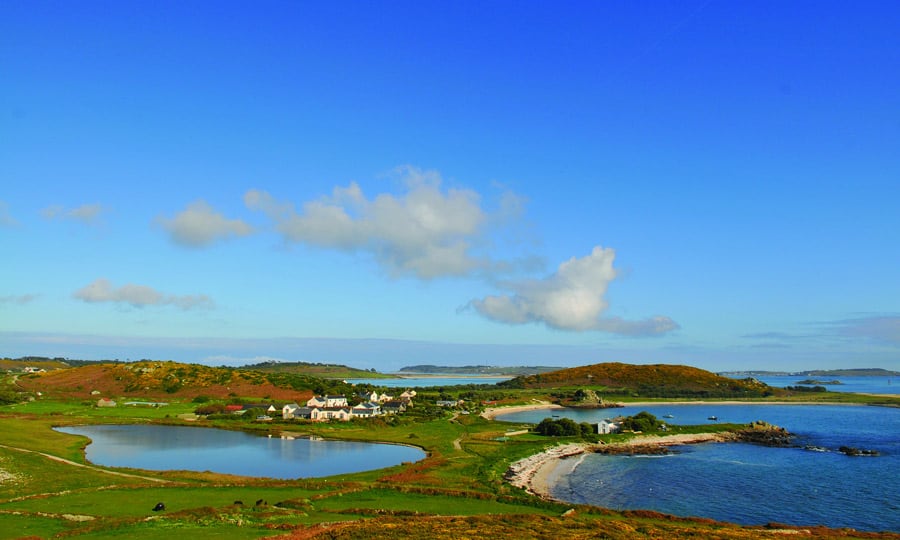 There are several options but for this activity the excellent Hell Bay Hotel is a must serving coffee and light lunches. Sitting outside on the ample decking is stunning with views over the sea in every direction. 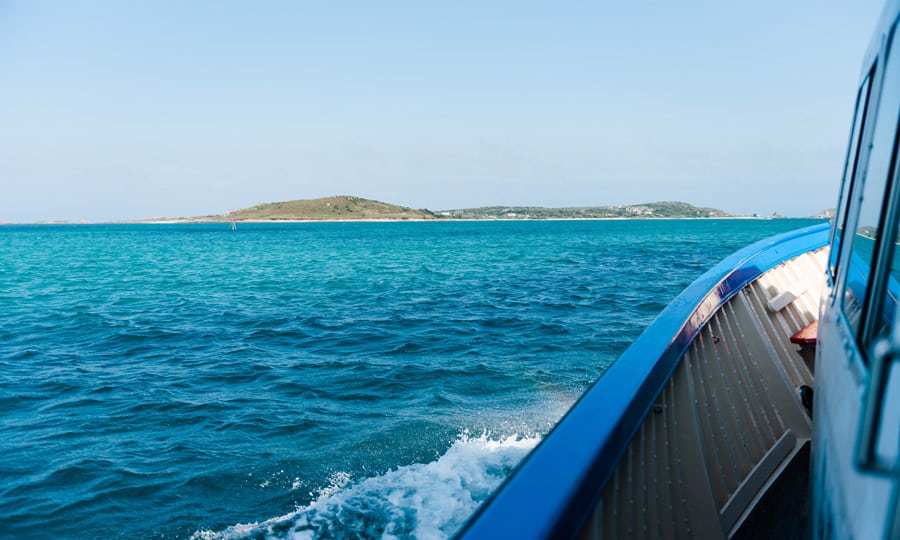 The boat trip across from St Marys is quite magical , coming up the channel between Tresco and Bryher looking right and left seeing all the little boats. Making a stack on the beach is such fun , wondering how long it will be there after you have gone. 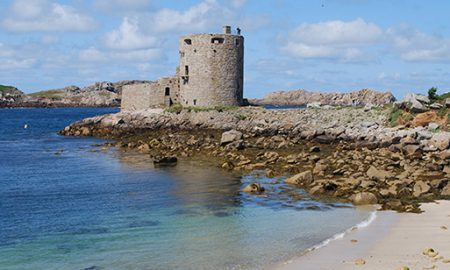 Tresco is the second largest inhabited island on Scilly and whilst it's home to the sub-tropical gardens, un-spoilt beaches and fine food it's also full of walking routes, ancient monuments and historic castles. Cromwell's Castle stands tall guarding the channel between Bryher and Tresco, it was built in 1651 and is one of the few surviving Cromwellian fortifications in Britain. Read on to find out more. Find out more 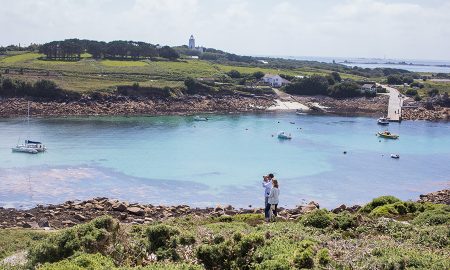 What to do on St Agnes island?

One of our favourite walks is to the back of the island and furthest westerly point, there’s only one quay on the island so once disembarked from the boat keep walking straight on and not to the left into town. We've pulled together a handy guide to help you catch a snippet of St Agnes in just a few short hours, read on to find out more. Find out more 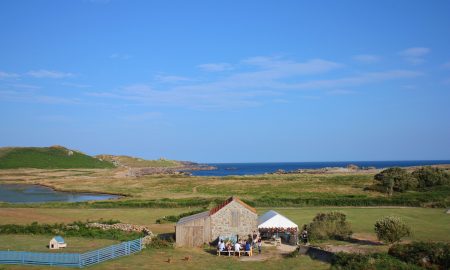 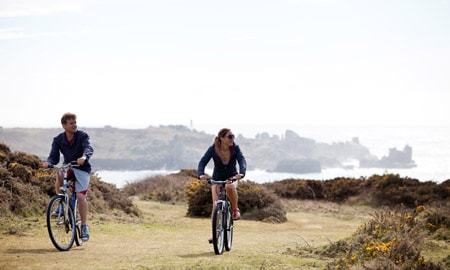 St. Mary’s, you’ll be as close as the Isles of Scilly get to being busy. With beaches, shopping, countryside paths and coastal trails and with largely traffic-free roads and gentle slopes, the Isles of Scilly are perfect for exploring under pedal power. Find out more 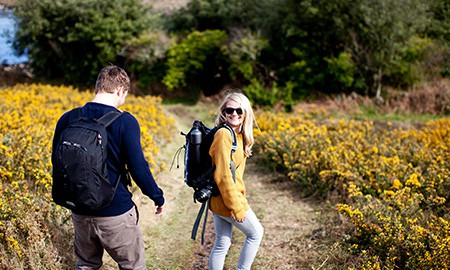 How long to walk around St Mary's Isles of Scilly?

St. Mary’s is criss-crossed by 30 miles of nature trails, paths and other walking routes. To see a snapshot of St. Mary’s, this walk will take you through tracks, lanes, woodland and across beaches. Read on for the full itinerary. Find out more 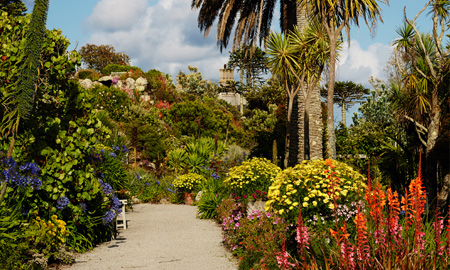 A visit to Scilly is not complete without appreciating the amazing flora and fauna, although this can be seen across the islands the best place to view thousands of tropical species is at the Tresco Abbey Gardens on Tresco island. The 19th century garden is home to some 20,000 sub-tropical plants. Find out more 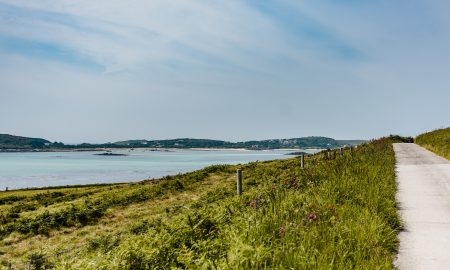 Top things to do on Tresco

Like anywhere on the Isles of Scilly, Tresco also has its share of beaches, panoramas and secluded spots. Pentle Bay is especially peaceful, the rugged north-east coast boasts historic forts named for both sides of the English Civil War. It’s possible to walk the length of Tresco in a few hours, read on for our guide to explore the cosmopolitan island. Find out more 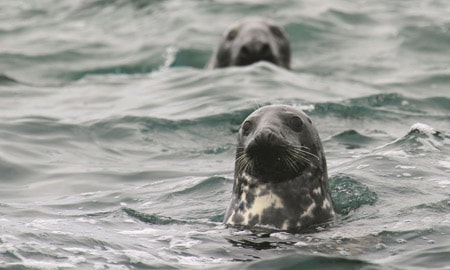 Snorkelling with Seals on the Isles of Scilly

For nature lovers and water enthusiasts it doesn’t get any better than snorkelling with seals in their natural environment. Head to the island of St. Martin’s, and you'll find the Scilly Seal Snorkelling Co who offer excursions to the Eastern Isles to swim with the seals and make memories to cherish for a lifetime. This trip is suitable for families from age 8 upward and couples. Find out more 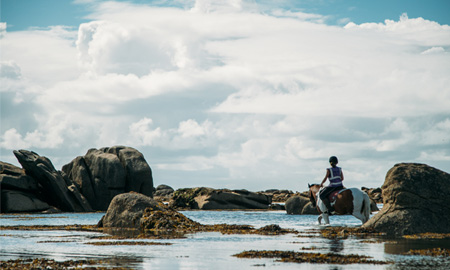 What to do on St Mary's Isles of Scilly?

Trotting across white sands, cantering along bridal paths and splashing in the bays – travelling on horseback is a wonderful way to experience the incredible coastal scenery around St Mary’s. And with the stables just a couple of miles from both the airport and the harbour, horse riding is the ideal activity if you’ve just arrived. Find out more 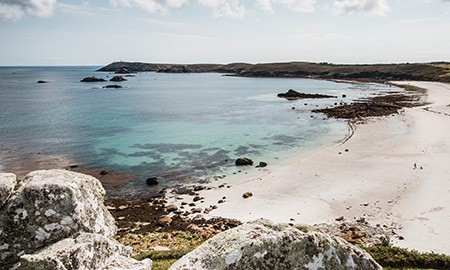 Beach day and lunch with a view

Discover the Beaches on St. Martin's Isles of Scilly

Sometimes we all just need a day relaxing on the beach, on St. Martin’s there’s ample choice of safe and sheltered beaches for the family to enjoy. The only difficult thing about a stay on St. Martin’s is deciding which beach you’ll visit. All around the island, you’ll find white, sandy coves that slope gently into crystal-clear water. It’s a tantalising choice. Find out more